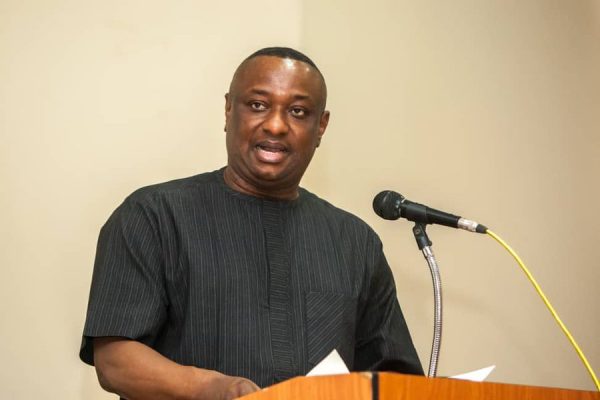 Festus Keyamo, the spokesperson of the All Progressives Congress (APC) presidential campaign council, said Nigerians are “hungry” and they are not bothered about the Muslim-Muslim presidential ticket.

Keyamo spoke on Sunday during an interview on Channels Television.

Over the past few months, varied reactions have trailed the decision of the APC and Bola Tinubu, the party’s flagbearer who is a Muslim, to pick a Muslim politician – Kashim Shettima — as a running mate.

Many Nigerians, including the Christian Association of Nigeria (CAN) and Pentecostal Fellowship of Nigeria (PFN) have condemned the APC Muslim-Muslim presidential ticket.

Speaking on the opposition to the ticket, the minister said CAN and PFN are not members of the APC and that they should not criticise the party, publicly.

Asked to discuss the APC’s campaign issues for the 2023 elections, Keyamo said the party will highlight the performances of Tinubu during his administration as Lagos governor.

The minister said the party will inform Nigerians how Tinubu will improve the country based on how his track record on the management of Lagos.

“These are the kind of questions we want to see, the issues will want to remain on not Muslim-Muslim ticket. We have issues upon issues we want to talk about,” he said.

“They want to see our policies on agriculture and what Asiwaju has done before as governor of Lagos state, how he improved Lagos and how he will bring that kind of dexterity to Nigeria as a whole.

“They are two crucial things we want to tell Nigerians. One, the person of Asiwaju Bola Ahmed Tinubu and what he has done before in the territory that is set to be the microcosm of Nigeria.

“There is nowhere within the Federal Republic of Nigeria that has the character and the shape of the entire country as much as Lagos.

“Lagos is a melting pot for the entire tribe, tongues and faiths in Nigeria. Asiwaju Bola Tinubu either as governor first till 2007 and as leader of the party since 2007 till now, he has managed all the multi-facet problem in Lagos state either tribe, religion, ethnicity in such a way that there have been peace in Lagos state. The peace that we take for guaranteed.”