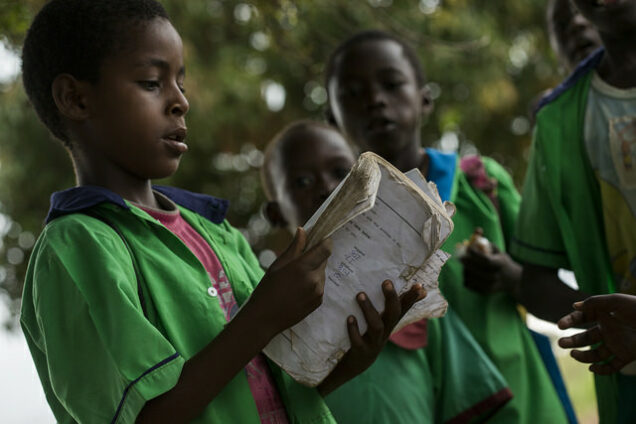 As the war in Ukraine continues to wreak havoc on global energy and food markets, world leaders have met in New York to usher in the 77th annual session of the United Nations General Assembly.

The global economic crisis was naturally high on the agenda, with Ghanaian President Akufo-Addo dedicating his address to the Assembly on 21 September to the impact on Africa, as well as the continent’s massive economic potential.

Akufo-Addo’s message was mirrored by UN Secretary-General António Guterres just days before at the New York launch event for the Global Africa Business Initiative, which aims to accelerate African-led economic development by attracting investment in the continent’s rapidly emerging industries – including agriculture, energy and services – and fueling intracontinental trade.

But to ensure the realisation of this ambitious vision for Africa, no single intervention will have a greater impact than delivering free universal education. Encouraging, yet challenging government-led initiatives have emerged across the continent, with locally-based private sector companies playing a crucial supporting role.

Continent of opportunities and challenges

With over 60% of its population below 25 years of age and its citizens projected to comprise over 40% of global youth by 2030, Africa has monumental potential to drive economic growth over the coming decades.

African youths are increasingly connected to the Internet and launching start-up scenes in bustling hubs like Accra and Nairobi, creating opportunities for a new era of prosperity.

But to capitalise on this development potential, Africa will need accessible, high-quality and relevant education systems that prepare pupils for a digitally-driven, knowledge economy, while covering fundamental skills currently lagging behind.

Close to 87% of school children in sub-Saharan Africa are unable to read basic text by the age of 10 and the continent has 8 out of the 10 countries with the world’s lowest literacy rates.

Poor school attendance across the continent is largely responsible for these learning outcomes, with over 100 million children not in school.

A number of challenges are fueling this dire attendance problem. In Central and West Africa, armed conflict has directly affected schools, leading to the closure of over 12,000 schools in countries such as the Democratic Republic of Congo (DRC), Nigeria and Cameroon, while international development funding in these regions’ education systems has been relatively weak.

New era for education in DRC

Yet these significant challenges can be overcome if governments, private sector firms and local communities work together.

In the DRC, poverty and conflict have long held back its education system, with almost half of its under-14 population – four million children – out of school in 2018.

The following year, the newly-elected administration of President Félix Tshisekedi announced its flagship policy of universal free primary education to address this critical issue. Key achievements to date include at least 3 million additional children enrolled in primary school, an education budget share increase from 11.6% to 21.8% and a new $800 million World Bank-funded project for teaching, administrative and recruitment reforms.

But the resource strain from accommodating a massive influx of new pupils has created significant delivery challenges, meaning that the government will need all sectors to support its education drive.

Since 2010, TFM has invested nearly $50 million of its cobalt and copper sales in the Fund for projects including the construction or renovation of 15 schools, school supply donations to nearly 20,000 pupils, a scholarship that supports 400 pupils into secondary school every year and an annual university scholarship programme that has allowed 90 students to pursue higher education in local universities.

With these vital initiatives, TFM and its majority shareholder CMOC are building bridges from free primary to fee-based secondary and university education to support the long-term socioeconomic development of its communities.

While the DRC remains in the initial phases, the Cameroonian government’s experience of free primary education provides perspective on its long-term challenges.

Cameroon made primary school free to all in 1996, since delivering key progress in school provision, with over 22,000 primary schools now in operation – including an increase of nearly 3,500 in the past four years – as well as an increase in school infrastructure investment and teacher recruitment to meet high demand.

To help the government overcome these obstacles, the Cameroon Oil Transport Company (COTCO) – which manages the Cameroonian section of ExxonMobil’s Chad-Cameroon Petroleum Development and Pipeline Project – has actively invested in and supported a series of education projects in local communities surrounding the pipeline.

Through its sustainability programme, COTCO renovates two of the village schools it has built every year, ensuring that pupils continue to benefit from a positive learning environment.

COTCO has also funded the construction of a new secondary school in an isolated community, crucially including local residents in the building and maintenance process.

What’s more, to address a lack of housing provision for teachers in another village, COTCO helped the community finish building a teacher housing project.

With global energy and food crises threatening to hinder economic development in Africa, the continent is facing a critical moment.

Programmes like the newly-launched Global Africa Business Initiative will have a key role to play in catalysing promising, youth-driven industries and sustainable growth; however, to capitalise on this economic potential, African governments will need to accelerate collaboration with the private and humanitarian sectors to build high-performing, accessible education systems.