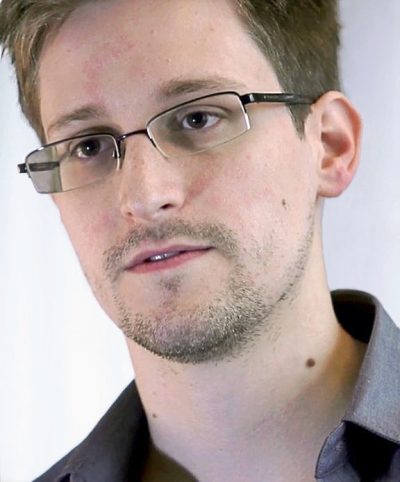 Snowden, 39, fled the United States and was granted asylum in Russia in 2013 after releasing classified papers revealing enormous domestic and international monitoring operations carried out by the NSA, where he worked.

For years now, the U.S. authorities have wanted him returned to the United States to face a criminal trial on espionage charges.

Putin, a former Russian spy chief, said in 2017 that Snowden, who keeps a low profile while living in Russia, was wrong to leak U.S. secrets but was not a traitor.

Russia granted Snowden permanent residency rights in 2020, paving the way for him to obtain Russian citizenship.

Snowden later issued a message, essentially an updated version of a November 2020 tweet, saying he wanted his family to remain together and asking for privacy.

“After years of separation from our parents, my wife and I have no desire to be separated from our sons. A little stability will make a difference for my family after two years of waiting and nearly ten years of exile. I pray for privacy for them—and for us all, “the tweet read.

The new tweet made no reference to the Kremlin leader’s decree, but it was attached to a 2020 Twitter thread in which Snowden said he and his family were applying for dual U.S.-Russian citizenship.

The news prompted some Russians to jokingly ask whether Snowden would be called up for military service, five days after Putin announced Russia’s first public mobilization since World War Two to shore up its faltering invasion of Ukraine.

“Will Snowden be drafted?” Margarita Simonyan, editor-in-chief of the state media outlet RT and a vocal Putin supporter, wrote with dark humour on her Telegram channel.

Snowden’s lawyer, Anatoly Kucherena, told RIA news agency that his client could not be called up because he had not previously served in the Russian army.

He said that Snowden’s wife, Lindsay Mills, who gave birth to a son in 2020, would also apply for citizenship.