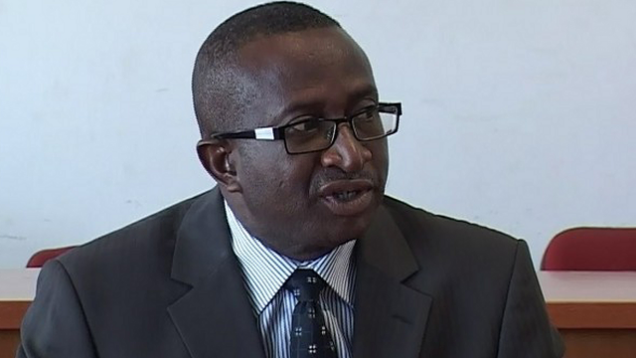 Former Senate Leader, Victor Ndoma-Egba, SAN, has said that Asiwaju Bola Ahmed Tinubu, the presidential candidate of the All Progressives Congress (APC) will cruise to a convincing win over his opponents in the 2023 presidential election.

Ndoma-Egba, who represented the people of Cross River Central Senatorial District between 2003 and 2015 in the Red Chamber, gave the assurance while reacting to the recently released list of members for the APC Presidential Campaign Council.

The erstwhile parliamentarian made the list as the Secretary of the Directorate for Campaign Planning.

The legal luminary who was the secretary of the National Convention Planning Committee that produced Adams Oshiomhole as APC national chairman in 2018, observed that the party’s presidential campaign council is made up of experienced and notable Nigerians with electoral value.

His words: “I feel honoured and gratified that I’m invited once again to serve and play a prominent role in the APC to which I belong. I’m a faithful and committed member of the APC. So, I’m totally pleased. Looking at the presidential campaign council, I think it is very well constituted, populated by very experienced people with extensive networks and electoral value. That is what we need at this point that campaigns are about starting. The campaign council is made up of tested and proven men and women that will add value to the campaigns and give mileage to our presidential candidate Asiwaju Bola Ahmed Tinubu who on his own has the credentials and the qualities to also take the campaigns forward. I believe that the APC will win the 2023 presidential election clean and clear.”

Speaking on the need for eligible Nigerians to participate in the electoral process, Ndoma-Egba said: “I will advise the public to own the process because choosing your leader is a sacred duty. And if you are indifferent then you will be foisted with people that you have no say in how they emerge but you will still yield to them in any way because they would have been vested with the constitutional authority over your affairs. So let every member of the public of voting age come out and take part in the process that will lead to a new leadership come 2023. It’s a sacred duty. It’s a civic duty. And it’s also a constitutional duty for all of us to participate in the process.”

On ensuring issue-based campaigns, he remarked: “There are too many issues dominating our social space today. So, there is really no need for us to get petty. We should debate the issues. There are too many issues staring us in the face. Is Nigeria where it ought to be? Which turns did we miss? Where are we headed? Can we build an elite consensus, an elite national consensus on the Nigeria of our dreams? And how do we attain or achieve the Nigeria of our dreams? What kind of Nigerians do we want to be? I mean, there are very urgent conversations that we should begin to have if this country must move forward. Yes, like I said we have missed some turns in the past. We are not where we should be. But we can catch up. And then with lesson from the Gulf region that have made such tremendous milestones in the last few years. And even from Southeast Asia, countries like Vietnam that were at war for how many decades, Thailand, Cambodia and suddenly exploding and emerging economic power houses. It is comforting in many ways that within such a short time these countries in spite of their challenges are where they are. With the will we can also achieve same.”