How 'bribery demand' led to killing of police officer, civilian in Oyo 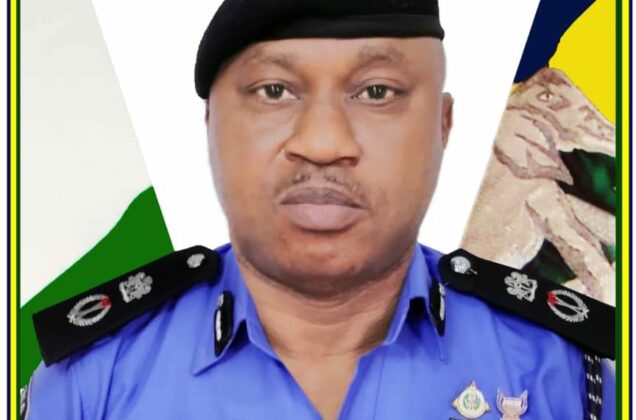 An eye witness has narrated how the fisticuffs that followed refusal of a driver to accede to bribery demand from policemen at a checkpoint led to the death of a Divisional Crime Officer (DCO) and a civilian in Igangan community of Oyo State on Tuesday.

The News Agency of Nigeria quoted the eyewitness who pleaded anonymity as confirming that the incident was occasioned by the refusal of a driver to give money to the policemen at a check-point in the area.

He said, “A man from Igangan met some police personnel at a check-point in Iganna requesting for money which the driver refused to give.

“The driver was then asked to bring his vehicle documents, which resulted in a heated argument, thus prompting the officer to point a gun at the driver.

“It was when the driver was dragging the gun with the officer that he (driver) was shot on the leg and later rushed to a hospital.

“The shooting of the driver provoked the youth in the area into attacking the police station,” the witness said.

A Divisional Police Officer (DPO) and a police inspector also sustained injuries during the attack and are currently receiving treatment at a hospital.

When contacted, the Police Public Relations Officer in the state, SP Adewale Osifeso, confirmed the attack on the police station.

He said that the Commissioner of Police, Adebowale William, had pledged to deal with the masterminds of the attack, which he described as unprovoked.

Osifeso said that some of the perpetrators of the attack had been apprehended.

He said that preliminary investigation revealed that the officers were acting in compliance with the stop-and-search directive on unregistered motorcycles and overcrowded pillions to reduce the spate of robberies and abductions in the axis.

“Operatives of the command attached to Iganna Divisional Police Headquarters, while on legitimate duties on Elejoka-Igangan road, Iwajowa LGA, were attacked by hoodlums who were clearly opposed not only to the directive but also, to the relative tranquility in the axis.

“In furtherance of the above, and in a bid to drive home their point, the officers were attacked unprovoked by the assailants, leading to the death of the divisional crime officer and a civilian in custody.

“This was in the process of repelling the hoodlums from invading the divisional police headquarters at Iganna, after forcing themselves into the town.

“Also, the divisional police officer and a police inspector sustained several lacerations from machete cuts and are currently being stabilised at a government medical hospital,” he said.