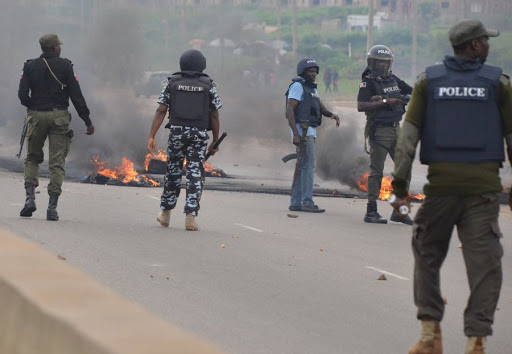 The attack on a joint operation checkpoint at Amodu community on Amodu Road in Nkanu West Local Government Area of Enugu State on Tuesday morning was carried out by gunmen riding in a Lexus car and a bus attack.

However, the joint operation team “dealt seriously” with the hoodlums who escaped from the scene of the incident with gunshot injuries after the gun battle encounter, DSP Daniel Ndukwe, Enugu Police Command spokesperson said in a statement while confirming the attack.

He added that manhunt for the assailants for the gunmen is going on in the general area.

The Police spokesperson said, “The assailants had to take to their heels after confronting a well prepared joint operation team in gun duel that lasted some minutes.”

Ndukwe said that the incident happened within the morning hours at about 8 a.m.

“There was an attack on a joint operation team at a checkpoint on Amodu in Nkanu West LGA in the morning hours of today, Sept. 27.

“However, I await full briefing on the incident due to ongoing intense manhunt of the masked assailants, most of whom escaped the scene of the incident with fatal gunshot injuries.

“The assailants had to take to their heels after confronting a well prepared joint operation team in gun duel that lasted some minutes,” he said.

Ndukwe added that further development would be communicated on the matter, while the team combed the general area in a manhunt for the assailants.
(NAN)