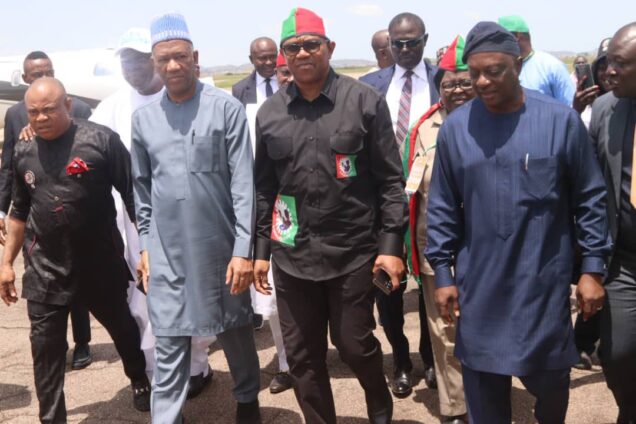 Obi was accompanied on his visit to Jos by his running mate, Dr Yusuf Datti Baba-Ahmed.

On arriving Jos, he would meet with the Gbong Gwom Jos, HRM Jacob Gyang Buba.

He called on the Federal Government to end the Academic Staff Union of Universities (ASUU) strike and allow the children to go back to school.

Obi uploaded photos of his arrival in Jos on his Twitter handle and wrote: “Arriving Jos with Dr Yusuf Datti Baba-Ahmed, to meet with Gbong Gwom Jos, HRM Jacob Gyang Buba, and also honour the invitation of the Middle Belt Forum to a solidarity rally.

“We continue to call on the FGN to end the ASUU strike and allow our children to go back to school.”