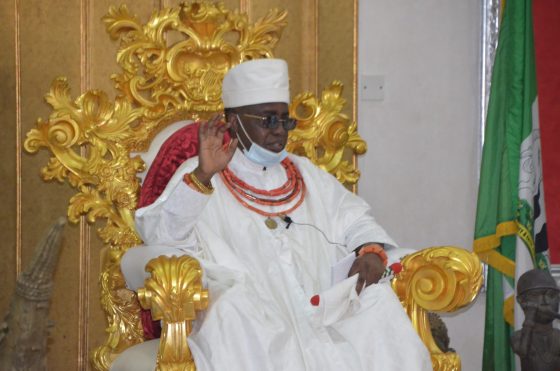 First female Director of Nigerian Postal Institute, Egor, Edo State, Mrs. Salome Irowa, has disclosed that the NIPOST is considering the issuance of commemorative stamp on the rich cultural heritage of the Benin Kingdom.

Irowa disclosed this on Tuesday when she paid a working visit to the palace of the Benin Monarch, Oba Ewuare II.

She told the Monarch that having assumed duties as first female director of the Institute since July this year, it’s imperative to seek royal blessings and prayers, as well as support in order to excell in her duties.

This is even as she noted that the long peace the Institute enjoyed in Benin was as a result of the Monarch’s excellent rulership.

The NIPOST Institute boss who described Benin Kingdom as home of culture and tradition in Africa, urged the Monarch to partner with NIPOST for the issuance of the commemorative stamp, noting that it would help promote its rich cultural heritage.

In his remark, Oba Ewuare II described the services of Nigerian Postal Service as vibrant and expressed confidence in its services, saying its viability cannot be over emphasized.

While pledging the Palace’s support for the Director of Institute to succeed in office, the royal father however urged the federal government to encourage the agency for optimum service delivery to the country.

Highlight of the visit was a presentation of stamp compendium from 1914 to 2014 to the Monarch by the Director.