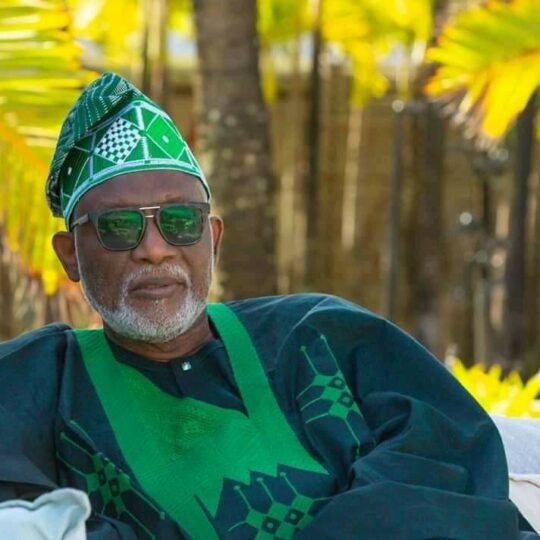 The Ondo State House of Assembly has congratulated Governor Oluwarotimi Akeredolu on his latest achievement, the conferment of a national award.

President Muhammadu Buhari is set to bestow the Commander of the Order of the Niger (CON) award on the governor on Oct. 11 in Abuja.

This is contained in a statement on Tuesday in Akure by Mr Akogun Omole, Chairman, House Committee on Information, Youth, and Sports Development.

Speaker Bamidele Oleyelogun, describing the award as an honour well-deserved, said the award was a clear testimony of the various laudable contributions of the governor to national development.

The speaker described Akeredolu as a man with passion and love for his people, and that his government had brought smiles to the people.

According to him, this is through his landmark achievements in the state, particularly in the area of security.

He thanked the president for the prestigious award.