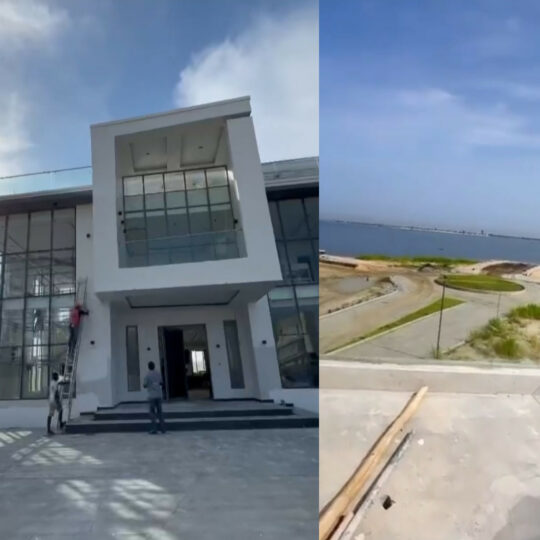 The music star took to his Instagram page on Wednesday to announce the acquisition of the mansion.

In the post, the singer said it has been his long-time desire to get a house for his family beside the waters.

He also appreciated God and “the best fans” for bringing his wish to reality.

“What a year, always wanted a house beside the waters for my wife and kids. So God and the best fans in the world helped me,” he wrote.

In 2021, Kizz Daniel announced the arrival of his twins — Jelani and Jalil — while celebrating his birthday.

On his 28th birthday in May 2022, the ‘Buga’ crooner revealed he has stopped smoking for the sake of his kids.

“To celebrate my birthday, for the sake of my kids and people that love me genuinely, I quit,” he had said.

Daniel has established himself as a household name in the country’s music industry with numerous beautiful projects. He has also received several awards and recognition for his work.