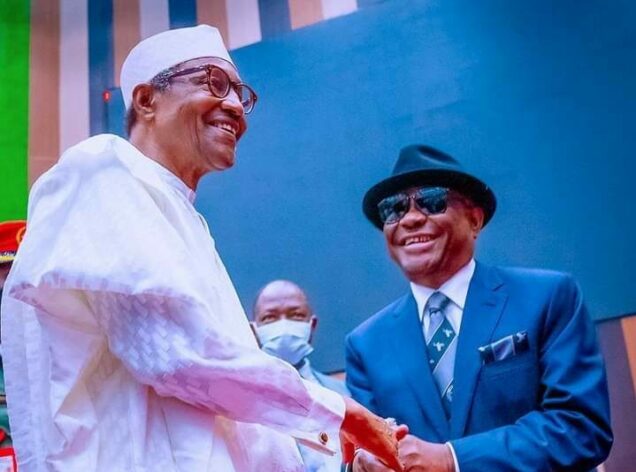 The Governor of Rivers State, Nyesom Wike, dropped his seemingly perennial foul mood when he met with President Muhammadu Buhari on Thursday.

They met during the inauguration of the Body of Benchers Complex in Abuja.

Wike alongside his allies in the opposition Peoples Democratic Party, PDP, was absent when the presidential candidate of the party, Atiku Abubakar inaugurated his campaign council on Wednesday.

Their absence from the event was believed to be lined to their demand for the removal of Iyorcha Ayu as the national chairman of the party, an agitation not supported by Atiku

However, the Rivers State Governor was all laughter on Thursday as he excitedly shake the President who was in the company of Chairman Body of Benchers, Chief Wole Olanipekun, Chief Justice of Nigeria, Justice Olukayode Ariwoola, and other dignitaries at the event.

See more photos from the event below. 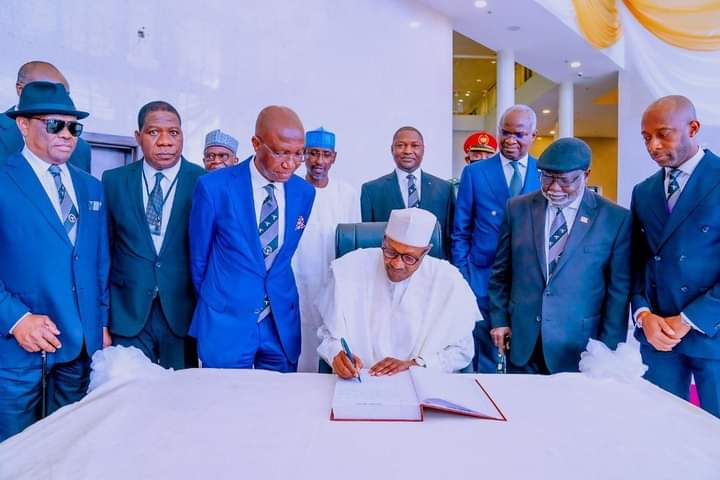