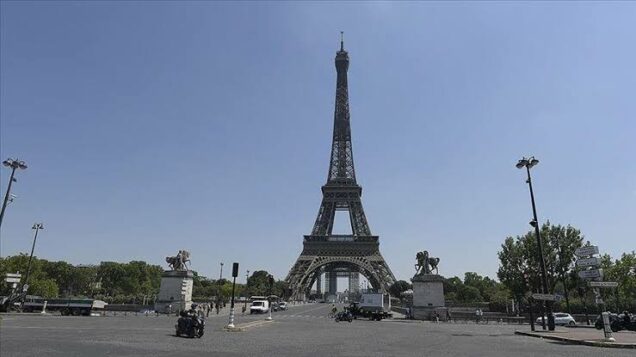 Tourists in Paris were unable to visit the Eiffel Tower on Thursday due to national strikes against higher prices and planned pension reforms, the operating company said.

Visitors who bought tickets online were informed by e-mail, the company said, apologising for the inconvenience.

The company noted that the forecourt of Paris’ most famous landmark remained open and accessible free of charge.

More than 20,000 people visit the Eiffel Tower on an average day.

Thursday’s strikes also focused on public transport and schools, although there were few restrictions to the city’s metro system.

However, disruptions were expected for buses and suburban trains, as well as regional restrictions to rail traffic.

However, thanks to billions in aid and an energy price cap, inflation in France is far lower than in other European countries.

Planned pension reforms to raise the retirement age from 62 to 64 or 65 are still highly controversial in the country.

The trade unions and the opposition are divided in their protest against the government at the moment.

While the trade unions were demonstrating on Thursday, the Left Party, Socialists and Greens called for a march against the expensive living and doing nothing in the climate crisis on Oct. 16.