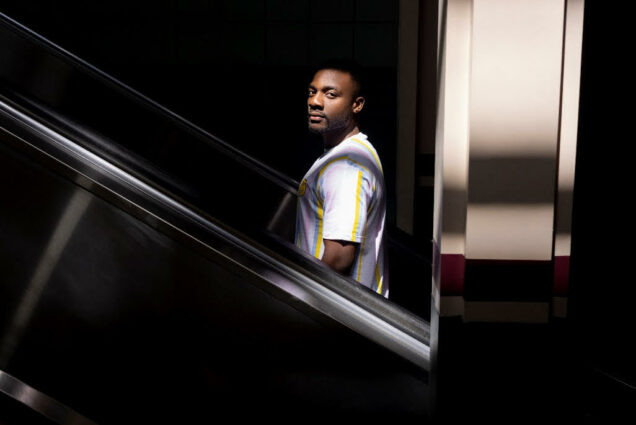 Ibinosun, popularly known as Osasioo, started his career by teaching himself songs on YouTube.

His love for music began when he picked up his brothers abandoned guitar, and from the age of 16, he has been immersed in music, playing for his local church and worship team as a guitarist and singer. From there, it was a goal to only write songs that showcases Osasioo’s expansive voice like no other.

Hitting his stride out of the gate tuned into R&B with a fusion of modern pop, with his debut single still inspired at the base of an altar.

‘Gravity’ showcases his distinctively warm and velvety voice and his unique song writing style. The single ‘Gravity’ was a project he collaborated with friend and fellow songwriter, Femi Sobaki and Canadian Producer Ryan Stewart. What he classes as his future wedding song, Osasioo recorded the track in May 2022 in Vancouver in the same studio that the likes of Carly Rae Jepsen and Owl city have recorded.

When discussing the story behind the making of his single, Osasioo said, “I was playing my guitar when I began to play a certain melody that I really liked. These words: “This is the moment of our lives, where we have got what we have wanted” popped in my head and I instantly knew I wanted to write a wedding song.”

Osasioo and Femi wrote the song in December 2021. Not wanting to recreate just another traditional wedding song, Osasioo revisiting the song whilst swimming in Mexico in January 2022.

“I really wanted to write something different, something more structural and narrative, yet captivating. I knew that most traditional wedding pop songs almost always described the wedding day.

“However, after hours of showcasing my embarrassing swimming skills, it dawned on me- I had figured out the missing pieces of the puzzle to make this song sound different! I decided that the structure would be,” he said.

Melody and lyrics in a match make for a perfect love song, and ‘Gravity’ is your new soundtrack for that unison. A toast to that.