Swiatek's dancing annoys the fans. Is she really breaking the rules? 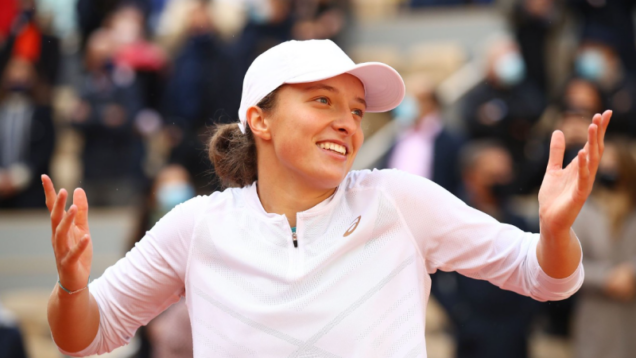 World number one Iga Swiatek won the US Open for the first time. Now she has 10,365 points.

She became the first since 2015 the leader of the rating, which has more than 10 thousand points. Serena Williams led the rankings seven years ago with 11,500 points.

Swiatek took the third Grand Slam of her career. She has two titles at Roland Garros – in 2020 and 2022.

Iga Swiatek is the undisputed leader of women’s tennis, and her magnificence on the court is becoming less and less doubtful: she is versatile, capable of adapting and solving both game and psychological problems.

However, a number of tennis fans have complaints about Swiatek’s behavior on the court.

Many of the bookmakers offer very profitable promotions and bonus programs, thus attracting more and more people. It is quite difficult for both beginners and some experienced bettors to choose a really reliable office from this stream that will meet all the requirements. Bookmaker Ratings India has already done all the work and you can just view a list of all available companies with reviews for each of them. Before choosing one or another bookmaker, you should pay attention to some additional aspects that will allow you to create the final picture. Only if you responsibly approach the choice of a bookmaker, you can get not only profit, but also positive emotions.

Firstly, people don’t like the fact that after losing sets, she constantly takes toilet breaks. The dissatisfaction is classic – it is believed that with their help she knocks her rivals out of rhythm.

But such claims can be presented to at least half of the players in each round.

Secondly, there are questions about the delays that Swiatek creates during the game. For example, at the US Open, she regularly changed rackets during games. In the quarterfinals with Jessica Pegula, she changed rackets at 2:3, 0:30, losing with a break, and then she lost two points before the end of the set. In the final against Ons Jaber, she changed rackets several times – one of them before the match point.

But rivals seem to be very calm about such things. Pegula, for example, called changing the racket a good move, but from a technical point of view: «She felt she was not in control of the ball and decided that she needed to change the racket.» Jaber paid no attention to it at all.

And most of all dissatisfaction in the behavior of Swiatek on the court is caused by her tactics, when the opponent receives a short ball, and Iga needs to guess where she will hit. It has already been nicknamed the «Swiatek dance».

As a result, Schwentek is accused by many of being a hindrance. John McEnroe during the US Open, for example, said about dancing: «I don’t think it’s allowed. It’s a little below the waist.»

And the most radical spectators urge the polka’s rivals to hit her right when she starts to rush about the net.

But at the same time, the rules do not stipulate what exactly can be considered an intentional interference. So it’s up to the referees to decide.

Most often, conversations and screams at the moment of the enemy’s strike are recognized as intentional interference. For example, this was the case with Serena Williams in the US Open-2011 final and with Daniil Medvedev last year in Canada.

There was also a case when Maria Kirilenko was punished for the fact that in a match with Maria Sharapova she hit the court several times with a racket at the moment of hitting her namesake. Moreover, it was the number of blows that strained the judge: «If you hit once, okay, but you hit four. I won’t let that happen.»

And Robin Haase was once punished for interfering because he parodied the groans of an opponent.

The judges have no complaints about the dances of Swiatek. Yes, and the opponents, as far as we know, too.