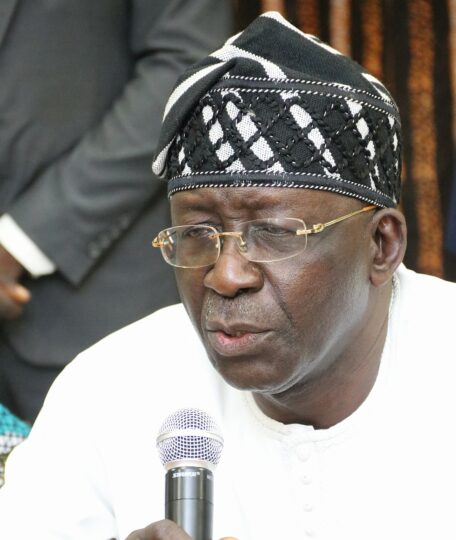 The PDP National Chairman, Sen. Iyorchia Ayu, on Friday returned to the country after a two-week trip to Europe.

The Special Adviser to the National Chairman on Media, Mr Simon Imobo-Tswam, disclosed this in a statement he issued on Friday in Abuja.

Imobo-Tswam said that Ayu, who jetted out of the country on Sept. 14 returned to Abuja via the Nnamdi Azikiwe International Airport, at about 7pm.

It would recalled that Ayu had handed over to the party’s Deputy Chairman (North), Amb. Iliya Damagun, and communicated the handover to the Independent National Electoral Commission (INEC).

The PDP chairman had been under fire to resign from the Governor Nyesom Wike’s camp.

Wike had accused Ayu of collecting N1 billion in Lagos being part of the money paid for party’s nomination forms.