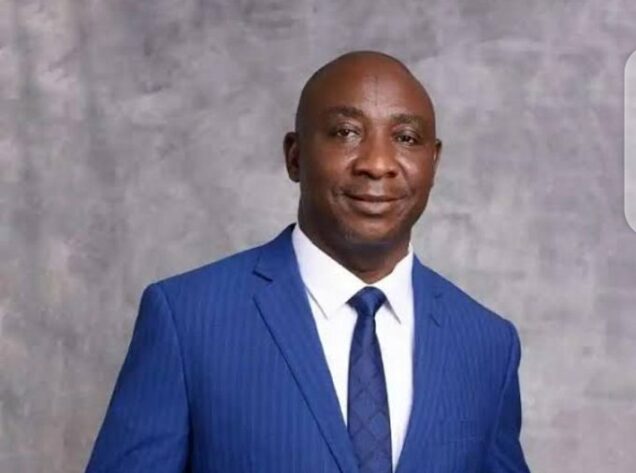 Ibrahim Musa Gusau has emerged the new President of the Nigerian Football Federation (NFF) after winning the federation’s election held in Benin on Friday.

He was elected as the new NFF President at NFF’s 78th Elective Congress in Benin.

Gusau was the Zamfara FA Chairman before the elections.

He succeeds immediate past president Amaju Melvin Pinnick who led the NFF for eight years of two tenures.

The former Chairman of Chairmen of the Nigeria Football Federation (NFF), will head the NFF Board for a period of four years as President.

The election eventually held peacefully after days and weeks of uncertainty and suspense, following a ruling by the Court of Appeal which ordered a stay of execution of an ex-parte injunction secured by some fellows a fortnight ago to put a wedge on the election.

Also in the race for the NFF top job were the immediate past General Secretary, Barr. Musa Amadu, and Head of Safety and Security of the CAF, Dr. Christian Emeruwa.

A former NFF 1st Vice President, Mazi Amanze Uchegbulam, pulled out of the race during the week, citing ‘not wanting to run foul of the ex parte injunction’ for his withdrawal.

Mr. Paul Yusuf from Plateau State was disqualified as a result of invalid nomination just as Mr. Marcellinus Anyanwu from Imo State was similarly booted out of the race. Yusuf, a former Bendel Insurance goalkeeper had promised to fight his disqualification to any length to get justice.

Current Member of Board, Alhaji Yusuf Ahmed ‘Fresh’ will replace Alhaji Ibrahim Musa Gusau as Chairman of Chairmen, as he was the only one who obtained the form, and has been cleared for the position as unopposed.