Buhari's gift to NDLEA, an upscale to drug trafficking war 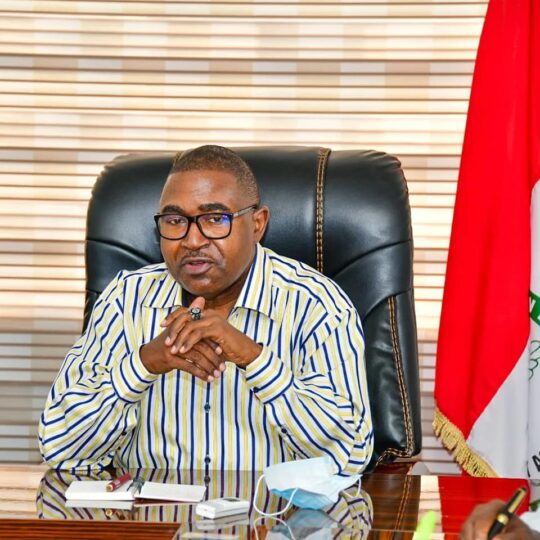 The Buhari Media Organisation (BMO) has described the Federal Government’s approval of customized armoured security vehicles for the National Drug Law Enforcement Agency (NDLEA) as yet another of President Muhammadu Buhari’s legacy to posterity.

This is contained in a statement signed by its Chairman, Niyi Akinsiju and Secretary Cassidy Madueke, on Friday.

According to BMO, it also shows the administration’s readiness to provide an enabling environment for the nation’s security agencies to succeed, as well as upscaling the war on drug trafficking.

“While the Federal cabinet’s approval of armoured vehicles worth N580m for the NDLEA may have come as a surprise to many Nigerians, it was clearly in the character of a President who has been equipping all the security agencies in the last seven years.

“And in the case of the agency led by Brigadier General Mohammed Marwa (Rtd), it is obvious that it is deserving of all necessary support in view of what it has achieved in recent months

“The NDLEA has, between January and July 2022 alone, succeeded in arresting over 18,940 suspects and also secured 2,904 convictions within the same period.

“And no one is likely to forget soon the very recent seizure of cocaine with a market value of about $278m, the equivalent of N194bn in Lagos, so it is not unexpected that an administration with a political will to successfully prosecute the war against illicit drugs is going all out to encourage NDLEA operatives to do more.

“We see the upcoming infusion of armoured vehicles into the agency’s inventory as a positive move that will go a long way in shielding drug law enforcement from attacks in the line of duty”, the statement added.

BMO also acknowledged that the Buhari administration has caused an improvement in the welfare of NDLEA operatives since assuming office.

“It is also on record that the Buhari administration has approved the construction of the first sets of barracks for operatives of the agency, 32 years after its establishment.

“On Buhari’s watch, the agency is on the verge of getting a new salary structure, a harmonized rank structure that has led to the promotion of 3,506 officers and men, a functional insurance scheme and paid burial entitlements to the families of officers lost in the line of duty.

“And only recently, Marwa noted that the NDLEA has practically doubled its strength in terms of personnel in one year while commending the President for infusing a new lease of life into the agency”.

BMO reaffirmed its belief that President Buhari would leave a legacy of performance after eight years in office.