No Presidential candidate can save Nigeria -  Ozekhome 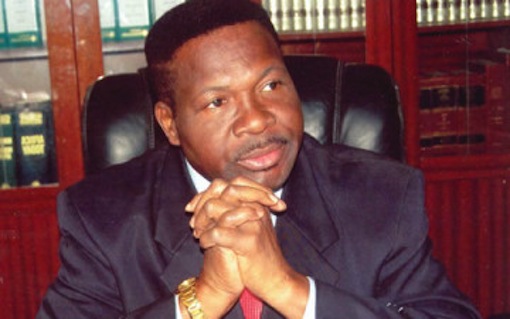 Dr Mike Ozekhome, Senior Advocate of Nigeria has said none of the presidential candidate in the forthcoming general election could save Nigeria from uncertainty, insecurity and hopelessness that had engulfed the country.

Ozekhome spoke at the 2022 Independence Day Anniversary Lecture organised by the Nigeria Labour Congress, Ogun State Chapter, held in Abeokuta with the theme: “Nigeria In Search For An Enduring Political Structure; Imperial Of Structural Reforms.”

The senior advocate maintained that Nigeria problem was systemic, as only structural adjustment could bring a change.

In his words, “virtually everything that can possibly go wrong, is wrong with our country: insecurity, collapsed infrastructure, failure of the public school system, an economy in shambles (epitomized by the free-fall of the value of the Naira and spiraling inflation), an unremitting insurgency, etc. The list is endless.

“Reforms at the meta-level would entail either embracing our discarded Prime Minister system of government or dismantling and recoupling several of the institutions that help or hinder us, including a serious re-examination of the 36 state structure as federating units vis-à-vis their fiscal/economic viability or their consolidation into six or more regions with economies of scale and higher investment rates; multiple vice-presidency representing respective regions other than the region of the president, each with supervising powers over certain ministries to ensure equitable representation at the federal cabinet,” he said.

However, he posited that Nigeria is far from its founding fathers’ dreams, alluding that if people in power did not want a change, then the nation is likely to crumble.

“The greatest challenge is how to get some of the elite whose privileges are provided by the existing system to support its dismantling into a system that is potentially beneficial to ‘society’ but perhaps disproportionately harmful to their interests in the short term.

” In other words, we are faced with the same kind of conundrum as some western countries with their welfare system. Having designed and implemented it for generations, it has grown into an unsustainable octopus of inefficiency but reforming it is not easy”.

Also, Ozekhome said the 1998 constitution should be amended in a way to enduring political structure.

“Despite its obvious short comings, this option is ever more appealing to those at the corridors of power because it gives them room to manipulate and promote their selfish interests.

“No party in power wants to hear about the idea of a new Constitution because they are afraid of losing their existing positions.

“Or we should jettison the Constitution completely in favour of a new one, Nigeria needs a new people-driven Constitution. It is not rocket sign. It has been done before by other countries,” he stated.

The speaker of Lagos, Mudashiru Obasa however advised the labour to pray and focus on the survival of Nigeria.

Obasa, who was the chairman of the day while declaring the event open lament that the country is seen as practicing democracy because there are legislative arms of government but that it is not democratic in nature.