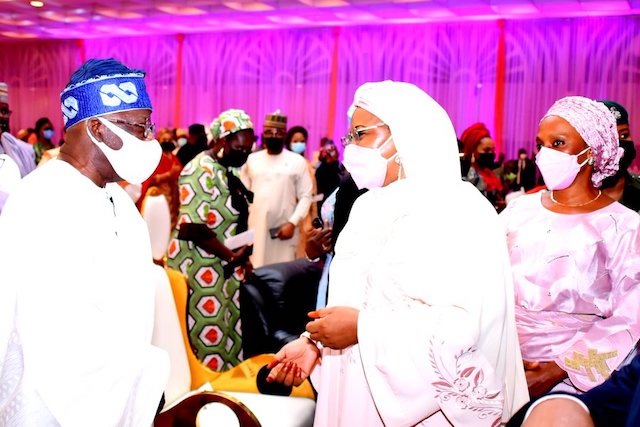 Wife of the President, Aisha Buhari has been appointed to lead the Tinubu/Shettima Women Campaign Team for the actualisation of the presidency in 2023.

This is contained in a statement issued on Saturday in Abuja by Rinsola Abiola, daughter of late Chief MKO Abiola, who is also named in the media and administrative committees of the campaign team.

A former member of the House of Representatives from Borno, Asabe Vilita Bashir, will be assisted by Lauretta Onochie, a senior aide in the Presidency as deputy national coordinator.

The women’s campaign in the North-West Zone will be coordinated by Dr Zainab Baugudu, wife of the Kebbi Governor while a Falmata Zulum, the First Lady of Borno State, will be in charge of the Northeast.

Olufolake Abdulrazaq, wife of Kwara Governor will coordinate efforts in the North-Central and Mrs. Ibijoke Sanwo-olu, wife of the Lagos Governor, will superintend over the South-West.

Imo First Lady Chioma Ikeaka-Uzodinma will also coordinate the South-East while Linda Ayade, wife of the Cross River Governor, will spearhead the women’s campaign in the South-South.

The statement also indicated that wives of Governors in APC-controlled states will serve as state coordinators in APC sttates, while notable APC women in non-APC-controlled States will take charge.

Florence Ajimobi, widow of the former governor of Oyo State and Zainab Ibrahim, the APC Deputy National Women Leader, among others, were chosen to coordinate activities in States not controlled by the APC, according to the Nation.