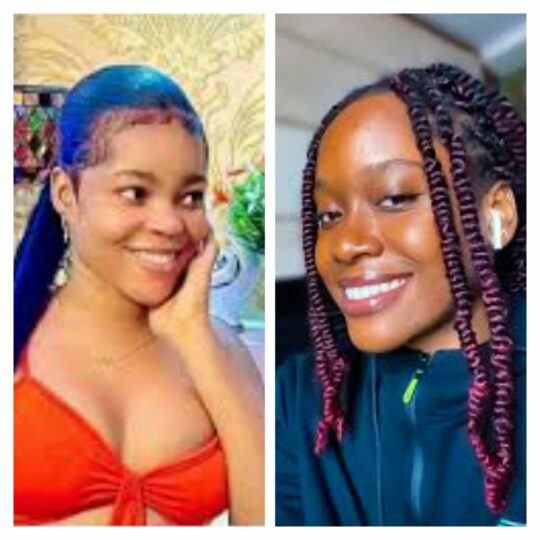 BBNaija housemates Daniella and Chichi have been evicted from the reality show on final day, leaving four housemates to battle for the N100 million star prize.
Daniella Utangbe Peters is one of the six finalists. the 22-year old had come to the house full of hope to reach the final and she did.
“I came here looking for friends and I made family”. Daniella mentions her friendship with Bryann, Allysyn, Modella, and Kess.
She had said when she’s not writing poetry, acting, or singing, she is working out and staying fit. She hates bullies with a passion and believes in fair play.
Chichi soon followed. Her real name is Chinenyenwa Desire Okoebor.
On getting to the house, she had said “Stripper by night and chef by day”. That’s just one of the many colourful phrases 22-year-old exotic dancer and chef, Chichi, uses to describe herself.
She loves swimming, dancing and travelling, and considers herself “an unshakeably ambitious goal-getter”.
Tags:   BBNaija Daniella   BBNaija's Chichi