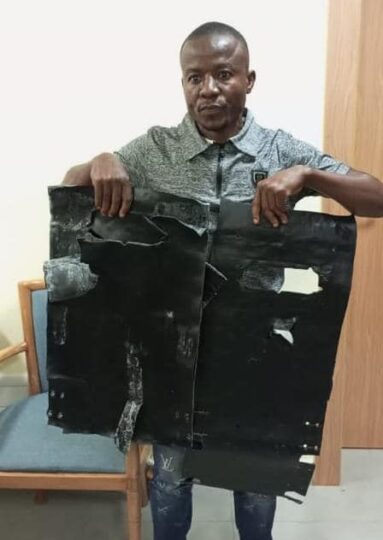 Damian was arrested on Monday 26th September 2022 upon his arrival at the Lagos airport from Sao Paulo, Brazil via an Ethiopian airlines flight.

Ibeh who hails from Ahiazu, Mbaise Local Government Area of Imo State concealed the black cocaine in false bottoms of his two bags.

In his statement, he said he was to be paid three million, one hundred thousand naira (N3,100,000) for the successful delivery of the drug in Nigeria.

In another operation, two Malians: Mohammed Demoele, 38, and Coulibaly Maliki, 56, were arrested by officers of the Marine Unit of NDLEA at Ebute Ero jetty in Lagos for attempting to export 34.2kg bottles of new psychoactive substance, Akuskura to Mali through Cotonou, Benin Republic.

Another suspect, Ms. Safiya Bello, was also arrested in the Shagamu area of Ogun state with 27kg of psychotropic substance.

He charged them and others across the country to intensify ongoing offensive action against drug cartels and traffickers wherever they may be located in any part of Nigeria.