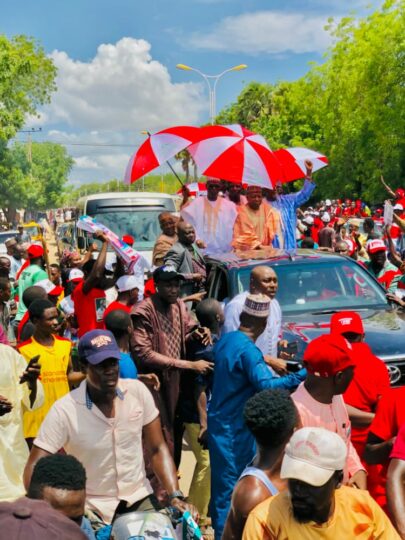 Supporters of Dr Yahaya Abdullahi, on Sunday, shut down Argungu, Argungu Local Government Area of Kebbi in one million-man march.

The event, which drew participants from across the Kebbi North Senatorial District, brought commercial and other activities in the area to a standstill.

Addressing the crowd, Aliero advised the supporters to remain resolute, focused, prayerful as well as law-abiding.

On his part, Bande unveiled his plans for the development of the state, if elected.

They include economic empowerment, creation of job opportunities, agricultural diversification as well as educational development.

Responding, Abdullahi commended the organisers and assured them of continued meaningful representation in the Senate.