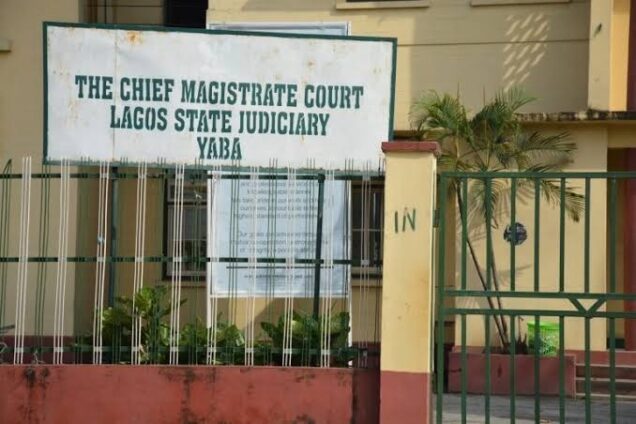 Lukeman Ambali Segun, 37, has been arraigned in court after being accused of stealing his employer’s N5.5 million entrusted in his care.

The management of the bank dragged him to court after he was arrested by the police from his hiding place.

According to the police, nemesis, however, caught up with the accused when the Anti-Vice section of the bank reported the incident to the Divisional Police Officer, DPO of Sabo Division, Yaba, Lagos who gave a marching order to his crack team to fish out the defendant anywhere he might be hiding.

The Police team, through intelligence gathering, tracked the suspect to a hideout in Lagos and arrested him.

Segun, a resident of Alimosho area of Lagos, was charged before the Yaba Magistrate’s Court, Lagos on a two-count bordering on conspiracy and stealing.

Haruna told the Court that the defendant betrayed the trust reposed in him by his employer as a sales representative and stole the sum of N5,500,000 within a period of two years entrusted in his care by customers to lodge in their accounts and escaped before he was arrested.

The accused, however, pleaded not guilty to the charges and Magistrate O.Y Adefope granted him N500,000 bail with two sureties in like sum.

Adefope adjourned the case for trial.