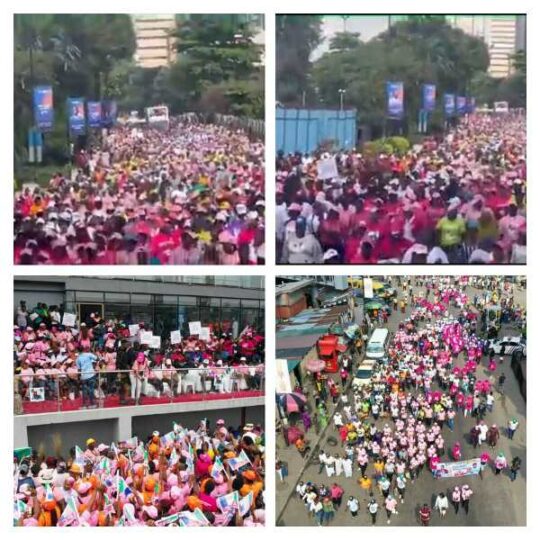 Massive crowd was witnessed on Monday as APC women marched for the presidential aspiration of Asiwaju Bola Tinubu in Lagos State.

The women in Lagos marched on the Island, shutting down the roads, leading to extreme gridlock.

The women marched in their thousands from Tinubu’s Square down to the Onikan Stadium in solidarity for the presidential aspiration of Tinubu and second term bid of Governor Babajide Sawo-Olu.

Sanwo-Olu and his deputy, Dr. Kadri Hamzat marched with the women and they later addressed the crowd at the Onikan Stadium.