Nigeria at war, let no one deceive you - Adeboye 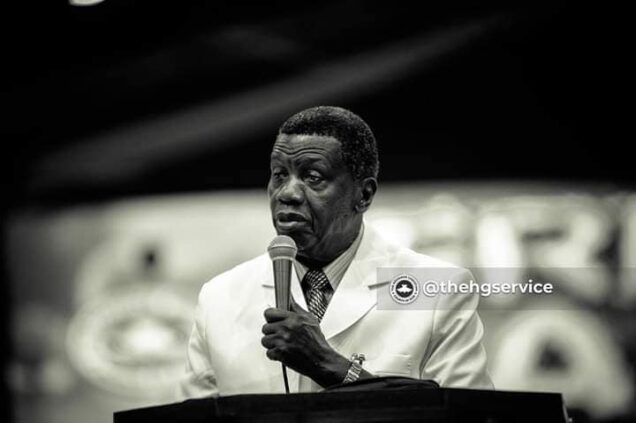 The General Overseer of the Redeemed Christian Church of God, Pastor Enoch Adeboye said Nigeria is presently in a war situation.

Adeboye stated this on Sunday during the church’s monthly thanksgiving service, which coincides with Nigeria’s 62nd independence anniversary.

The cleric noted that there is no regard anymore for monarchs like it used to be as kidnappers now abduct monarchs from their palaces at will.

He said times gone are the days when traditional rulers were accorded respect, noting that currently they are often kidnapped for ransom.

He said, “A whole nation can be in a storm. If a governor cannot go to his farm and feel safe, despite the security guards, He has to thank God that he returned safely, despite the bodyguard. For that matter, a governor. When we talk about security, the governor should be secure. When a governor utters such a statement, then you know the situation we are in.

“As young as I am, I remember a time when the king was coming. Unless you are one of the very special people, you have to move out of the way. But things are different now. Kidnappers can go to the palace and kidnap the king. We are in a war situation, let no one deceive you.”

“God would bring an ultimate end.

“What kings, and soldiers can’t do, the Almighty God will do for you. People have opted for condemnation instead of seeking solutions through intercession.

“Pray for the rulers, we have spent so much time criticizing them. You should pray for them. I’m praying for them, I pray you will join me to pray,” the cleric added.