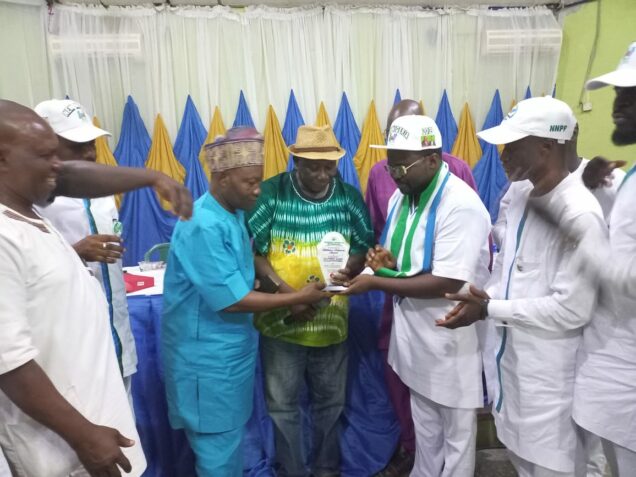 The Ogun State council of the Nigeria Union of Journalists (NU), on Sunday, organised its Newsmaker’s Forum, decorating Olufemi Ajadi Oguntoyinbo with an exalted award.

Ajadii who is the Ogun State governorship candidate of the New Nigeria People’s Party (NNPP) was given the council’s ifetime Achievers Award.

The Forum which held at the Iwe-Iroyin Press Hall, Oke-Ilewo, Abeokuta, also witnessed the presentation of lectures by distinguished academics.

Delivering the topic, “Nigerian Youth in Politics -Any hope for National Development?”, the guest speaker, Goke Rauf, began by differing from the general impression of who a youth is.

Relying on the New National policy of 2019, he submitted that only those within the age range of 18 and 29 qualify as youths.

Notwithstanding, he acknowledged that youths have become critical stakeholders in the nation’s political development.

“What is playing out currently in Nigeria’s political affairs is pathetic and unprecedented in terms of physical, psychological violence, especially among the youths through the social media,” he said.

He advised youths not to lend themselves destructive tendencies but partake in constructive politics.

Lekan Oketokun who took the second speech, said that there has been a misconception among some Nigerians that the youths were the ones to bring positive change in our land, adding however that the job could only be done by generally positive-minded individuals, irrespective of age.

He, however, reminded the participants that challenges like unemployment and inadequate infrastructures could impede youth active involvement in development.

“The youths can only be the agents for positive change if they have positive ideas, the vision of a good society by studying the developed countries and must be ready to take up responsibility for nation building.”

He warned that “The youths must not say that the elders will not be engaged in the political process and they should also desist from uncivilised acts.

“They should also get their voters’ cards which are the major tools for change,” he said.

He said Close Circuit Televisions (CCTVs) for example would be strategically mounted to help secure the state.
The education sector, he added would be rehabilitated for quality delivery to the youths.

“The road network would be improved and low-cost housing facilities would be established for our people” Ajadi said.