Zamfara electorate ready to vote for APC in 2023 - Danfulani 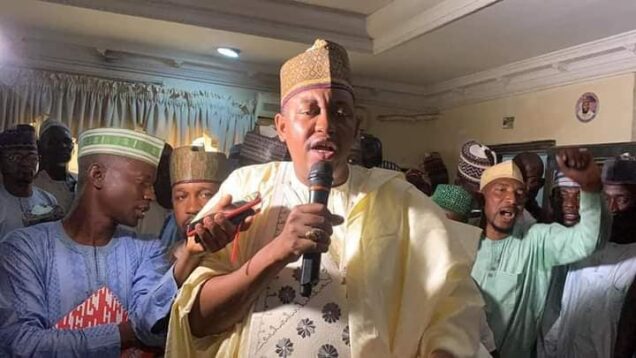 The Zamfara Chairman of the APC, Alhaji Tukur Danfulani, said that the people of the state are ready to vote for all APC candidates in the upcoming 2023 general elections.

According to the Chairman, the party will continue to strategize for victory.

Danfulani, however, called for unity, peace, and stability for the victory of the party in the 2023 general elections in the state.

He said the meeting was aimed to fine-tune measures to ensure the total victory of the party in all elective positions in the 2023 general elections in the state.

The party’s chairman commended the commitment and resilience of the group in the efforts to move APC to greatness.

He reiterated his drive to carry all members along, promising to support and encourage every move that would impact positively on the party and the good people of Zamfara.

Earlier, the leader of the group, Alhaji Surajo Maikatako, said they were at the party’s state secretariat to reaffirm their loyalty to APC’s leadership.

We are here to express confidence in the party’s chances of winning elections in the state,” Maikatako said.

He also appealed to the party to include members of the group in all party activities right from polling units, wards, local government and state levels.

He thanked party leadership in the state for running the party with honesty, fairness, focus, and justice.