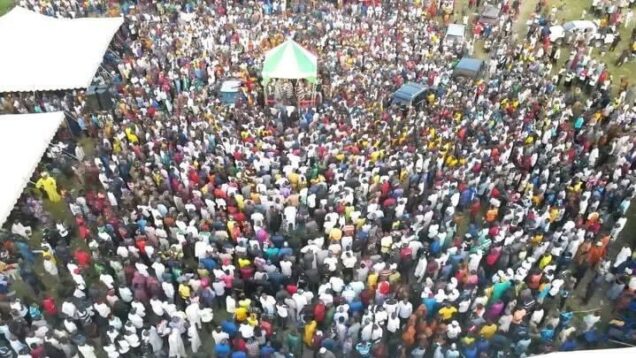 Massive crowd in Benue for the APC presidential candidate

The presidential aspiration of the APC candidate, Asiwaju Bola Tinubu and his running mate, Kashim Shettima received a boost as a massive crowd was witnessed at a rally for them in Benue State.

Thousands of supporters came out massively in Zaki-biam in Ukum Local Government Area of Benue State to support their ambition.

A Twitter user by the name CBN Akinsola Akin captured it this way: “1 Local Govt out of 23 LGs in BENUE state testing Microphone for @officialABAT. No Media gragra, No sponsored posts or grandstanding, no announcement or Noise…. It’s just 1 LG in Benue that came together to test Mic. #BATSHET2023 will shock you.”