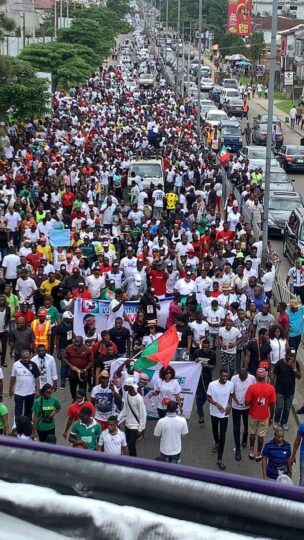 Huge crowd for Obi in Calabar

The presidential aspiration of the Labour Party’s candidate, Peter Obi received a boost on Monday as huge crowd marched for him in Calabar, Cross River State.

It was a two-million-man march to garner support for his presidential aspiration.

The march took place on Marian Road, Calabar, there was massive gridlock during the rally for Obi.

Obi is seeking to become the first man to win a presidential election in Nigeria without a structure.

Little-known Labour Party cannot boast of a councillor position in the whole of Nigeria, but the party’s presidential candidate has brought life and hope for the party.