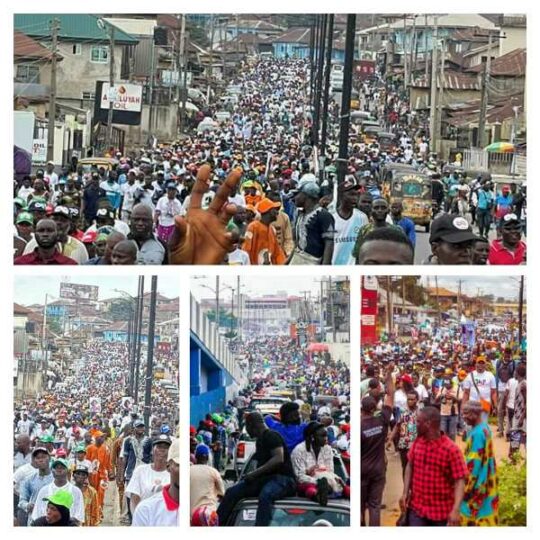 Huge crowd for Tinubu in Ibadan

Ibadan, the Oyo State capital was grounded on Tuesday as thousands of supporters staged a walk for the presidential aspiration of the APC candidate, Asiwaju Bola Tinubu.

The march is coming a day after the Labour Party’s presidential candidate, Peter Obi’s supporters staged a two-million-man march in Ibadan with a disperse attendance.

The supporters in Ibadan today were chanting solidarity songs to Tinubu, with some chanting ‘soro soke.’

There was standstill in major roads as massive gridlock took over.