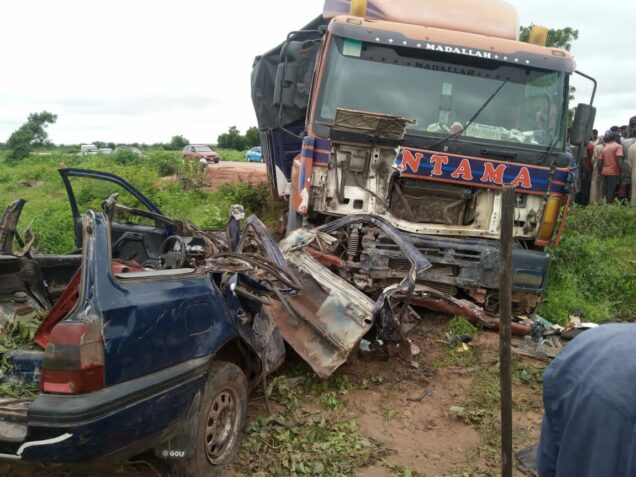 One person has died and six others have sustained various degrees of injuries in a road crash near the Nigerian Army Barracks in Akure.

Ezekiel SonAllah, the Ondo State Sector Commander of the Federal Road Safety Corps (FRSC), disclosed this in a statement on Wednesday in Akure.

He said the accident, which occurred at about 4:10 a.m., involved a Toyota Sienna bus marked RBC 412 CU and a commercial truck marked MUS 932 XX.

The sector commander explained that the accident was caused by speeding and that the deceased was a male.

“The victims were taken to the University of Medical Sciences (UNIMED), Ondo by men of the Nigerian Army before our arrival, while the corpse was taken to UNIMED by FRSC men.

“Meanwhile, officers of the Fanibi Police Station have tolled the vehicles to their office and the obstruction was cleared by FRSC men,” he said.

SonAllah appealed to drivers and the public to ensure that their vehicles were in good condition before embarking on any journey and to also obey traffic rules and regulations.