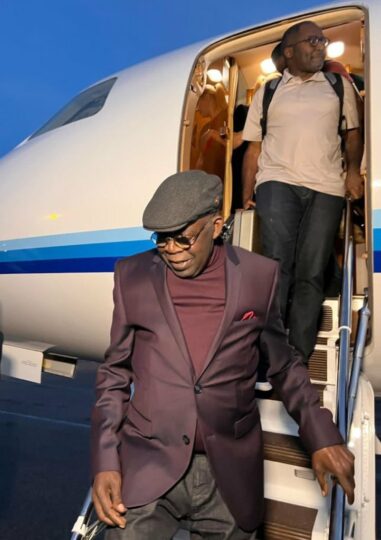 The APC Presidential candidate, Asiwaju Bola Tinubu has returned back to Nigeria after his trip to London, United Kingdom.

He arrived Abuja on Thursday evening.

Tinubu was welcomed back into the country by his supporters.

Tinubu travelled out of the country on 24 September, 2022 for a break.

While he was away, there have been rumours and fake news that he was critically ill, while some said he was dead.

He punctured their rumours when he released a video of him walking out on a spin bike in London.