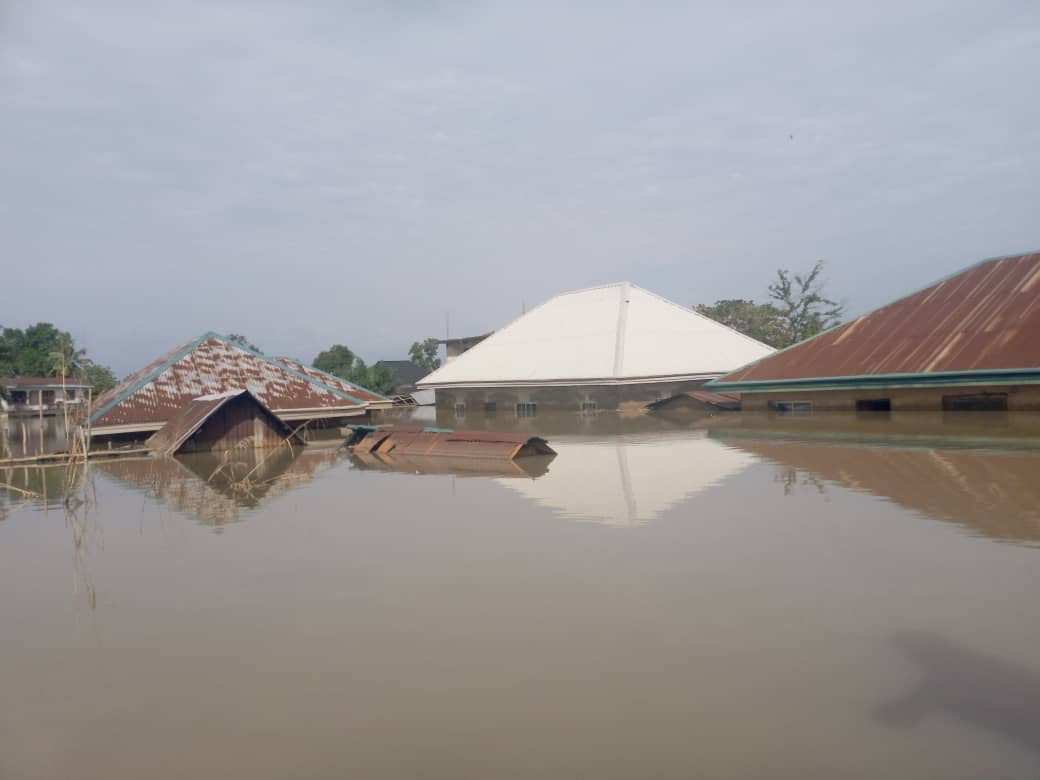 While disclosing this in an interview with News Agency of Nigeria, NAN, Thickman Tanimu, Zonal Coordinator of NEMA, South-East said as at Friday, the flood level has risen above the devastating 2012 level by 11 per cent.

He therefore warned that any boat that goes into the communities in Ogbaru to rescue people is likely to capsize because the flood has covered houses to roof level.

He blamed the situation for the boat mishap that claimed scores of lives with many still missing on Friday in Ogbaru community.

“People were thinking that it is the normal flood water that will eventually recede, which is why they refused to leave their homes.

“What I suspected happened yesterday at Ogbaru, Anambra, going by the report we received from the State Emergency Management Agency, is that the water kept rising and the people were trapped.

“They decided to escape the rising water and 85 of them jam-packed inside the boat which capsized due to the rising flood.

”It very unfortunate because the flood has covered many houses up to roof level.

“Out of the 85 persons, nine were found and the remaining 76 are no where to be found.

“Also at Uzo-Uwani Local Government Area in Enugu, two men and a pregnant woman died in the flood.

“It is sad to note that as at yesterday, we recorded 79 deaths due to the rising flood; 76 in Anambra and three in Enugu,” he said.

Tanimu said that the agency was in talks with the Military in Onitsha and Abuja to activate the Disaster Response Unit (DRU), to airlift trapped residents in the affected communities.

“This will involve the Air force and the Navy, so that we can get an area view of the affected areas, see people who are trapped and airlift them.

“The 82 Division of the military are preparing and once they get the go ahead from Abuja, we will begin to airlift those who want to leave because our people are very conservative and they might refuse to leave,” he said.

The coordinator urged residents in flood-risk areas to relocate, saying as the flood level had risen above the 2012 flood level by 11 per cent.

Tanimu lamented that people refused to relocate in-spite of the intensive sensitisation and warnings because they thought the current flooding situation was the normal kind of flood water that would eventually recede. (NAN)