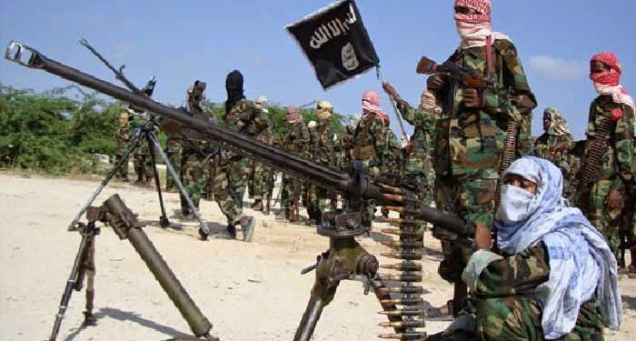 The Police Commissioner in Borno, Abdu Umar has said that 389 policemen paid the supreme price and 450 others injured in the fight against Boko Haram insurgency from 2011 to date.

He said that over 24 police barracks and 30 stations were razed or destroyed, while several fighting equipment carted away or destroyed by the terrorists.

Umar made this known on Saturday during the inauguration of the newly constructed Police Station and barracks at Beneshiek, headquarters of Kaga Local Government Area of the state.

The News Agency of Nigeria (NAN) reports that Inspector-General of Police (IGP), Usman Baba-Alkali inaugurated the edifice as part of his working visit in the state.

Umar said that, “it will be recalled that at the height of the insurgency, precisely between 2011 and today, over 30 Police Stations/Formations and 24 Police Barracks burnt or destroyed by the insurgents.

“389 policemen lost their lives, over 450 policemen injured while several crime fighting equipment carted away or burnt.

“The losses suffered by the Police Command in the state attracted numerous interventions amongst which we are witnessing one of such interventions today,” he said.

He commended the IGP for his interventions towards providing conducive working environment and bringing the service of the police closer to the people, adding that the command would ensure proper utilisation of the facilities for maximum result.

He also lauded the state government for its support to the police, adding that the government reconstructed some of the vandalised police stations across the state.

The Commissioner further commended donors and development organisations for their contributions towards rebuilding destroyed police structures and other facilities in the state.

In his remarks, Baba-Alkali reiterated commitment to the improved welfare of the police and tasked them on good maintenance culture.

He thanked the state government for its sustain support to the police and urged the people to embrace community policing by supporting the police with credible information on suspicious persons and movements in their localities.

The IGP said the recently recruited 10,000 constabulary had been deployed to their respective states to promote community policing.

While urging politicians to play the game according to the rules in 2023 general elections, Baba-Alkali advised political parties and candidates to adhere to security advise and regulations for hitch free electioneering campaigns.

“We (police) are preparing, training and equipping ourselves to see election come and go free, fair and credible,” he said.

Governor Babagana Zulum applauded the IGP for his commitment towards addressing challenges confronting the Force, adding that the gesture was key to sustainable growth of the Nigeria Police Force.

The governor said his administration accorded priority to the construction and rehabilitation of police stations and barracks to fast track restoration of civil authorities at the grassroots.

“It remains relevant to my administration ongoing reconstruction, rehabilitation and resettlement programme”