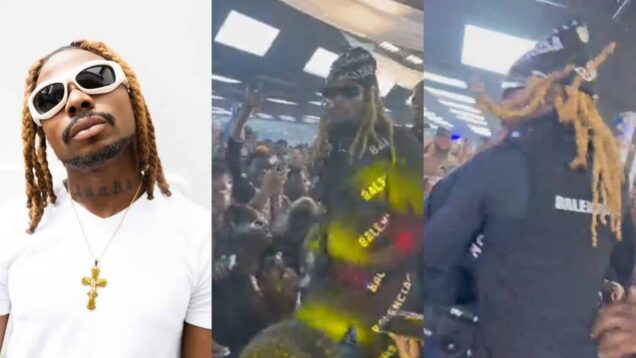 1805 Entertainment, the organizers of the Baltimore show in the United States, abandoned by Asake on Sunday night, have tendered a public apology.

Asake had abandoned the show after just 10 minutes into his performance.

According to reports, he left the show after he discovered that the gun of one of his security guards went missing.

However, 1805 Entertainment also confirmed that safety and security was the reason for Asake’s action.

The organization said: “1805 Entertainment and Asake would like to apologize to everyone that came out to last night’s show at Baltimore.

“We deeply regret that things didn’t go as planned and we are truly sorry for all confusion and inconvenience.

“We had the greatest of intentions to bring you an amazing show but there were factors that fell beyond our control. The security and safety of everyone in attendance were our number one concern.

“Both 1805 and Asake share nothing but love and respect for all of his supporters. We will do everything to make it right and we hope to have the opportunity to share another experience with you soon.”

However, despite the apology issued, some fans took to social media to demand a refund from the organizers.

Another commentator wrote: “So refund them if you’re so sorry.”