Over 200 al-Shabab militants perish in Somalia 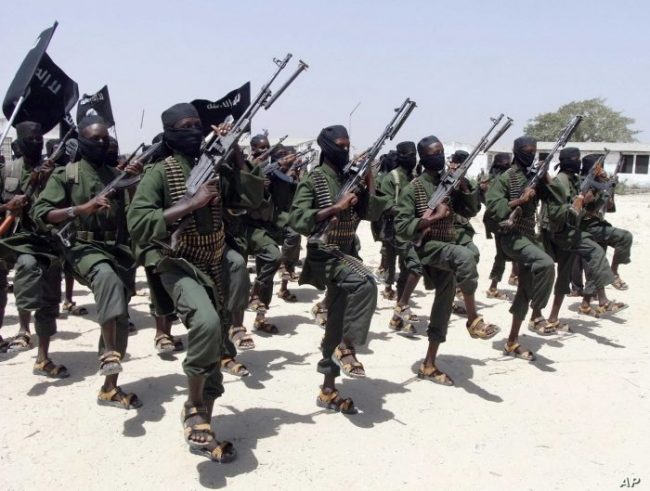 The Somali National Army (SNA) said on Monday that its forces killed more than 200 al-Shabab militants during an operation conducted in central Somalia.

According to the state-owned media, the militants were planning to block the road between Beledweyne and Bulaburde districts and stage an attack.

However, the forces received intelligence in time and foiled the attack on Sunday.

“Their intention was to block the road between Bula-burde and Beledweyne towns. But they made a miscalculation and ended up in the fire, “the Somali news agency reported.

The Somali forces, backed by pro-government militia, have liberated more than 40 villages and killed more than 500 al-Shabab militants in the past three weeks in operations in central Somalia.

The militant group has lost ground to the Somali government and African Union troops in recent months but still controls some territory in southern and central Somalia.