I am for Tinubu, but not for Dapo Abiodun - Amosun 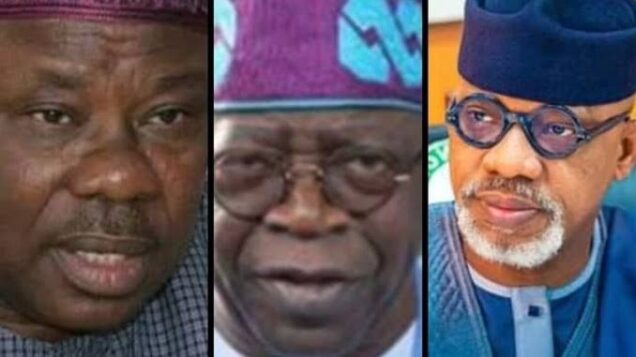 Senator Ibikunle Amosun has vowed not to support the second term bid of Governor Dapo Abiodun, but said he will support the presidential ambition of Asiwaju Bola Tinubu.

Amosun said he would support the governorship candidate of the the African Democratic Congress, Biyi Otegbeye and not Abiodun.

Amosun’s stand is not new because he did not support Abiodun in 2019, but he emerged the governor of the State.

“On the governorship front, my supporters and I don’t belong to that side. I do not support the APC on that side. Biyi Otegbeye is the person I am supporting and ADC is the party,” he said.