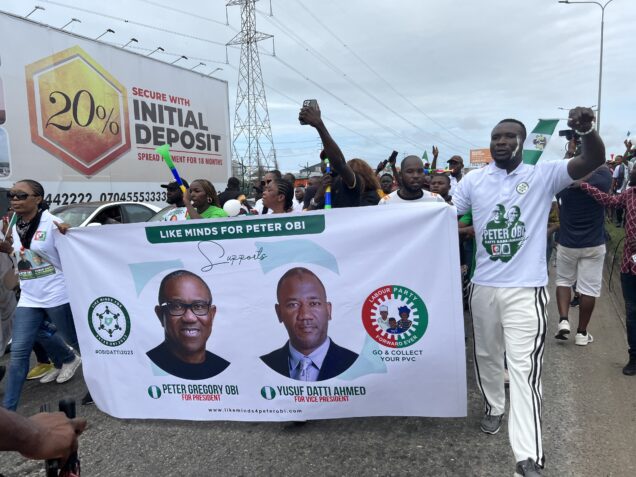 The Labour Party (LP) on Monday disowned a campaign rally timetable being circulated on social media.

Mr Arabambi Abayomi, the party’s National Publicity Secretary, said in a statement in Abuja that the timetable was neither authorised by the party’s leadership nor its presidential candidate.

“Labour Party’s attention has been drawn to a purported OBI-DATTI presidential campaign rallies timetable in circulation.

“I hereby deny the authenticity of this campaign council programme, as the Labour Party’s leadership is not aware of it,” he added.

According to Abayomi, the party’s presidential candidate, Mr Peter Obi, has also not authorised anyone to issue any campaign programme.

“Likewise, no one from the Campaign Council has sought the nod of the party’s leadership over the same subject matter,” the LP spokesman said.

He, therefore, called on Nigerians and the media to disregard the timetable in its entirety.