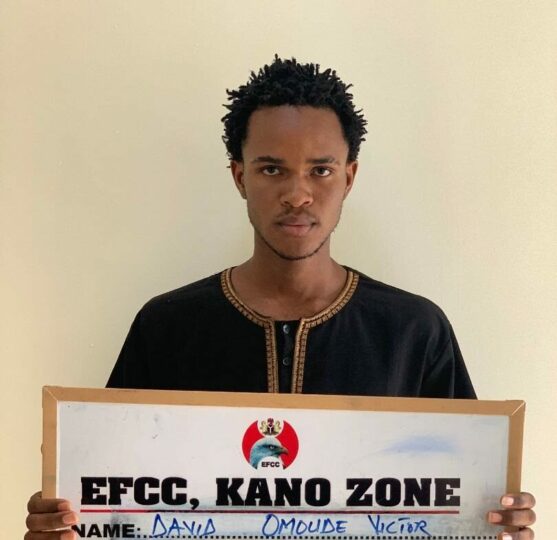 They were jailed on Wednesday, October 12, 2022, based on their pleas of “guilty” to one-count separate charge, upon being arraigned by the Kano Zonal Command of the Economic and Financial Crimes Commission, EFCC.

The charge against Ibrahim reads: “That you Abba Ahmad Ibrahim sometimes in February, 2022 at Kano within the jurisdiction of this court with intent to commit cheating attempted to transport 28 automated teller cards of Access bank, that do not belong to you, concealed in food stuffs to Egypt and thereby committed an offence contrary to Section 95 of the penal code and punishable by Section 322 of the same law.”

They both pleaded guilty to the charges when they were read to them individually.

In view of their pleas, prosecution counsel, Sadiq Husaini prayed the court to convict and sentence them accordingly. Defence counsel, A A Yusuf, however, sought the mercy of the court for lighter sentences for their clients.

Victor’s journey to the Correctional Centre started when operatives of the Commission arrested him during a raid at Jaba, Kano. Upon his arrest, it was discovered that he had in his possession incriminating documents and details of ATM cards belonging to different individuals. Ibrahim, on the other hand, was arrested with 28 different ATM cards, belonging to different individuals, which he concealed in foodstuffs en route to Egypt.