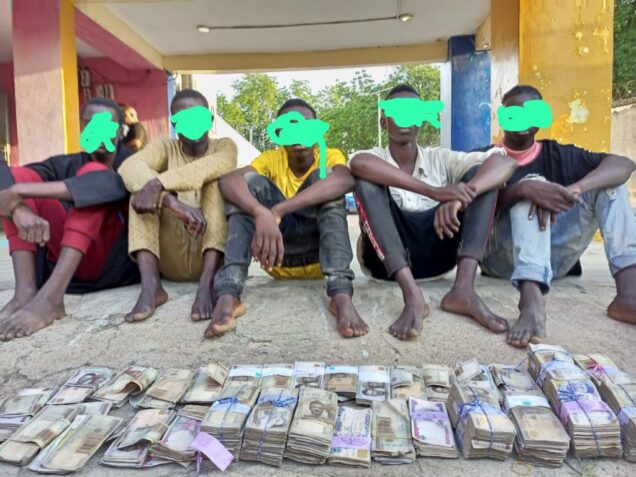 Operatives of the Adamawa Police Command have arrested five suspected kidnappers in the Mubi North Local Government Area of the state.

This is contained in a statement by the Spokesman of the Command, SP Suleiman Nguroje, in Yola on Friday.

He said the suspects allegedly kidnapped an eight-year-old boy (names withheld) and collected N4.079 million ransom from the victim’s family.

They locked the victim for two days in a hotel in the Maraba Mubi area where the operatives of the Command arrested them.

According to the spokesman, the victim was freed and N4.079 million was recovered from the suspects.

“The operation carried out by the Command’s operatives attached to the State Intelligence Bureau (SIB), yielded positive results as the sum of N4.079 million ransom was recovered.

“The outcome of this success followed a report received about the kidnapping of an eight-year-old boy in Mubi, and the suspects took him to a hotel at Maraba Mubi,” he said.

After receiving the report, the command promptly mobilised an intelligence-led driven strategy and apprehended the suspects aged between 19 and 21.

The statement quoted the Commissioner of Police, Sikiru Akande, as commending the officers for professional conduct and urged them to sustain the tempo to checkmate criminal activities in the state.

While reiterating the commitment of the Command to protect lives and property, Akande urged the people to provide credible information to security agencies on suspicious persons and movements in their communities.