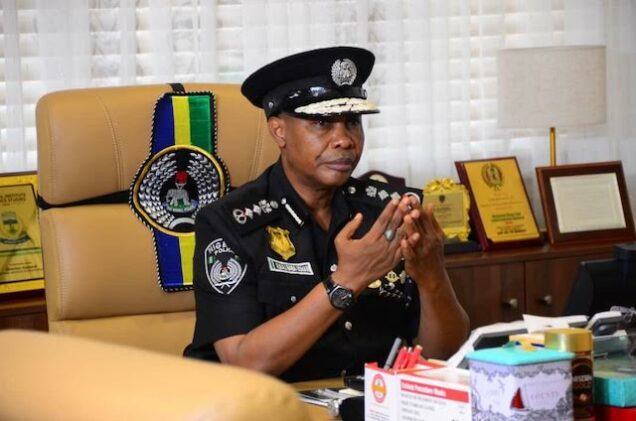 The Police Command in Nasarawa State has charged political parties and their supporters to ensure peaceful electioneering campaigns in line with extant laws.

Commissioner of Police in the state, Mr Adesina Soyemi gave the charge during a meeting with state chairmen, secretaries of political parties and other stakeholders on Saturday in Lafia.

He said the meeting was in compliance with the directive of the Inspector-General of Police, Alkali Baba, for all commissioners of Police to liaise with resident electoral commissioners and leadership of political parties to ensure the successful conduct of the general elections.

According to Soyemi, the meeting is for them to come up with a campaign roadmap that will address possible conflicts with date, time and venue.

He assured that the police would provide security for all persons and property involved in the entire electoral process without bias.

“I want to emphatically assure you that ahead of the electioneering process and the 2023 general elections, all police officers and men serving in the command have been charged to be neutral, alert and display a high degree of professionalism and fairness in their dealings with political parties,” he said.

The commissioner, therefore, advised the parties and actors to conduct their campaigns within the extant legal framework and avoid actions that could breach the peace in the state.

He warned that the police would not hesitate to decisively deal with those bent on perpetrating violence, in accordance with the law.

“All political parties are expected to apply for permission to hold rallies 72 hours before such rallies are held. The safety and security of all attendees will be put into consideration before granting approval.

“On no account will two political parties be allowed to carry out their campaigns within the same vicinity simultaneously, which is likely to cause violence and breach of public peace.

“In view of this, it is expected that all political parties should submit their campaign itineraries for consideration,” Soyemi said.

He also said that all non-state actors such as hunters and vigilantes were banned from providing security coverage at designated venues of campaign rallies.

The CP also said that chairmen of all the registered political parties were expected to sign an undertaking on behalf of their party to be law-abiding throughout the electioneering period.

Ajidagba, represented by Usman Wase, the Administrative Secretary, said the commission would provide a level playing field for all political parties and called for their maximum cooperation towards ensuring a hitch-free electoral process in the state.

They all pledged to play by the rules while calling on INEC and security agencies to leave up to their responsibilities before, during and after the election.