APC donates N2m to family of supporter killed by thugs 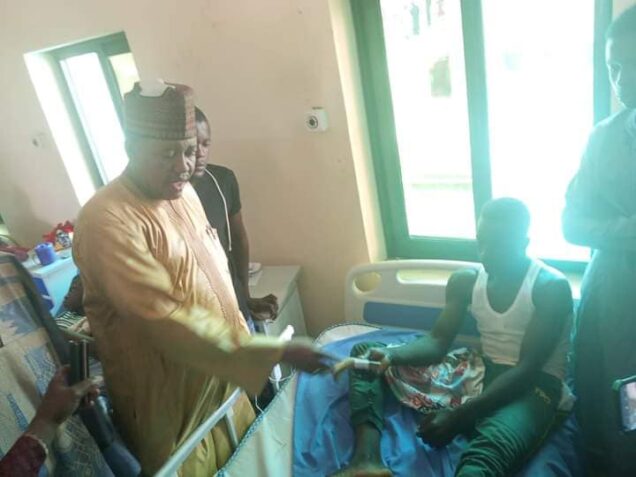 The Zamfara Chapter of the All Progressives Congress (APC) has donated N2 million to the family of the late Nafiu Tsoho who was killed by thugs.

The party also promised an employment slot to one member of the family.

Idris said that the state Chairman of the party, Tukur Danfulani, led a team of its state Working Committee to condole with the family of victims of yesterday’s clash between supporters of political parties in Gusau.

He said the suspected thugs on Saturday attacked APC youths while they were carrying out sanitation activities in the GRA area of Gusau, the state capital.

“The chairman reiterated that the APC would remain law abiding and always engage the cooperation of security personnel to address such misdemeanors in society.

“The chairman also said that the APC would settle the medical bills of the 20 other victims wounded by gunshots during the attack as well as support them with cash donations to cushion the effect of their stay in the hospital,” Idris explained.

The Police in Zamfara had confirmed that one person was shot dead while 18 others were wounded in a clash between party supporters, adding that an investigation was ongoing.