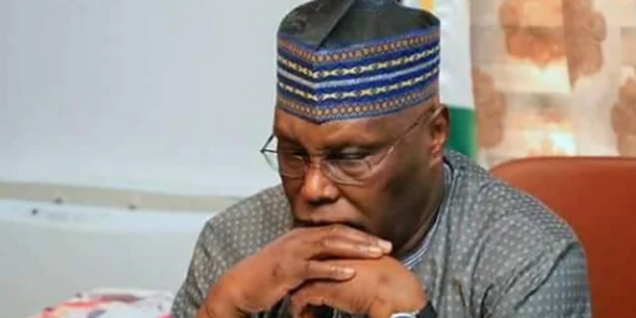 The Tinubu-Shettima Presidential Campaign Council has told Nigerians to reject the presidential ambition of the PDP’s candidate, Atiku Abubakar because he is an irredeemable ethnic bigot.

Atiku had on Saturday in Kaduna played the ethnic card, saying that northerners did not need a Yoruba or an Igbo president to rule over them.

The council, in a statement issued by Bayo Onanuga, Director, Media & Publicity, said Atiku had further revealed his true character as an ethnic bigot and regional champion, unworthy to lead Nigeria at this moment in time when the people are yearning for Asiwaju Bola Ahmed Tinubu, a committed patriot who knows the road.

“In a speech at the Interactive Session with Arewa Joint Committee on Saturday in Kaduna, Atiku who flagrantly breached the power rotation code of his party to snatch the party ticket from a southern candidate, said he should be the person to be voted for, rather than a Yoruba or Igbo candidate.

”Atiku’s reference in his speech was unambiguous: he was speaking about Asiwaju Bola Ahmed Tinubu, a Yoruba muslim and detribalised politician from the South West and former governor Peter Obi, an Igbo from the South East.

”Doubling down in his now infamous speech, Atiku said: “What the average Northerner needs is somebody who is from the north and also understands that part of the country and has been able to build bridges across the country. This is what the Northerner needs, it doesn’t need a Yoruba or Igbo candidate. I stand before you as a Pan-Nigerian of northern origin.”

”In clear terms, Atiku who stole the PDP ticket, by a similar mindset, has cast himself as a northern candidate, who should solely be supported by the people from his region. We view Atiku’s public declaration which framed him as an ethnic and regional champion as unbecoming for a man who was once a former Vice-President of Nigeria,” the council said.

The council added that “we are not surprised by his desperate position. Atiku has resorted to whipping up ethnic sentiments, knowing that his chances of being elected have become a mirage.

”He has himself, not anybody else, to blame for his expected electoral misfortune. First, he broke the fundamental rules of power rotation in his party and the country. As if this cardinal sin was not enough, the PDP candidate has remained defiant in the face of pressure by preserving the two topmost posts in his party for people from his region.“

The council said Nigerian public now knew better that a man who has been campaigning as a so-called unifier of disparate groups, is a tribal jingoist, who has now totally eviscerated all pretensions to being a detribalised Nigerian.

”He is demonstrably the anti-thesis of a pan-Nigerian politician. Nigerians of goodwill, who, daily, seek a united and prosperous nation, should reject Atiku and his party at the polls next February.

”Atiku only pays lip service to national unity, despite that it features as one of the 5 cardinal points of his so-called “Covenant with Nigerians”. The facade is over, he is now fully naked before the Nigerian people,” the council said.