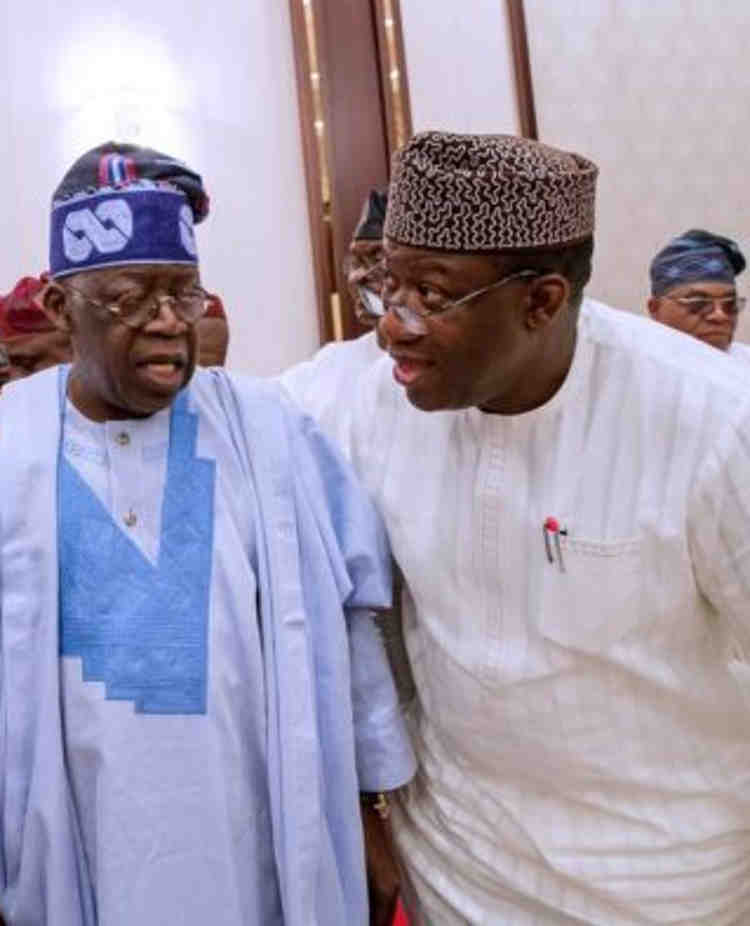 Governor Kayode Fayemi has reiterated his belief that Asiwaju Bola Ahmed Tinubu, the flagbearer of the All Progressives Congress (APC) will win the 2023 presidential election.

He stated this on Sunday during an interview with Vanguard Newspapers.

According to him, victory might be tough to come by but Tinubu would come out victorious in the forthcoming election. This, he said, is because electorates would be asked to assess the candidates based on their records.

Fayemi said, “On the impact (of Buhari’s performance) on our party, we will have to explain ourselves to the Nigerian people.

“We don’t have a choice; it’s a democracy.

“We’ll ask the Nigerian people to look at the leading candidates and assess them based on their track record, character, competence, capacity, commitment, and courage to do the right thing on the Nigeria project and then make their choice.

“But I am reasonably confident that when you look at all the parameters and when you do your calculations, we’re still going to carry the day, maybe by the skin of our teeth, but we’ll carry the day.”

When asked what he would do after leaving the office, Fayemi said: “I want to be a house husband (laughs). We are all instruments in the hands of God.

“For a start, you know I belong to a party and my party is in the race for the presidency. I have no choice but to support my party to win that race.

“I’m going to reflect on my experience in the last 12 years. A book, maybe two books, will come out of it. I don’t know yet, but perhaps a sequel to ‘Out of the Shadows.

“I will also be spending some time at the universities.”