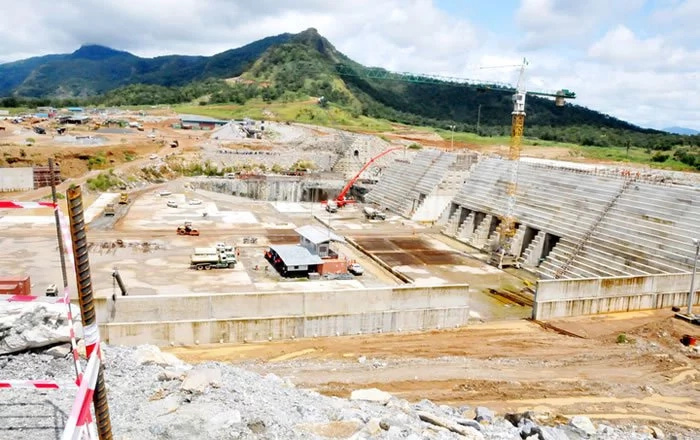 The International Court of Arbitration administered by the International Chamber of Commerce (ICC), Paris, France has affirmed the legal and beneficial ownership of Sunrise Power and Transmission Company Limited (SPTCL) in the $5.8 billion Mambilla hydro-electric power project.

Sunrise and its Chairman/Chief Executive Officer, Leno Adesanya had been involved in a running legal battle with the Federal Government of Nigeria over the unlawful termination of the contract which was signed on May 22, 2003, but re-awarded to a Chinese firm, Messrs China Gezhouba Group Corporation/China Geo-Engineering Corporation (CGGC/CGC).

Specifically, Sunrise launched a series of judicial counters to the termination of the contract on May 28, 2007, culminating in a 14-year delay, with the new awardee effectively barred from commencing the execution of the contract.

According to the background of the matter, after Sunrise’s withdrawal from its $500 million Settlement Agreement arbitration at the International Court of Arbitration in Paris in September 2021, the Federal Government of Nigeria (FGN) legal team led by Mr. Supo Shasore SAN, and the foreign firm of White and Case decided to invite Sunrise back to the ICC by claiming $1.6 million in legal fees because Sunrise withdrew the $500 million suit.

Contrary to all the allegations made by the FGN lawyers, the ICC in Paris France on the 13th of October 2022 ruled against all objections of the FGN, and called for the expedited arbitration procedure to be adopted in the $500 million settlement agreements arbitration to commence immediately.

After an international tender process in early 2003, the FGN awarded a $6 billion Build, Operate and Transfer) BOT contract to Sunrise Power and Transmission Co. Limited and it’s Chinese consortium partners on May 22nd, 2003.

Sunrise consortium had secured $5.5 billion in Chinese Eximbank loans in 2005, while the FGN, on the 28th of May 2007, signed a $1.46b civil works contract with the Chinese firm, Messrs China Gezhouba Group Corporation/China Geo-Engineering Corporation (CGGC/CGC), in clear violation of Sunrise’s BOT contract.

In November 2007, Sunrise filed a petition to then President Umaru Musa YarAdua, and the $1.46b EPC contract was terminated in 2009.

On the 23rd of November 2012, FGN signed a General Project Execution Agreement (GOEA) with Sunrise and its Chinese consortium partners for the execution of the Mambilla hydropower project. However, on the 12th of November 2017, the FGN signed a $5.8 billion EPC contract with another Chinese Consortium despite numerous written warnings from the current attorney general of the federation to the Federal Ministry of Power, Works and Housing in 2016 and 2017 to respect the GPEA contract with Sunrise.

Sunrise resorted to arbitration against FGN and Sinohydro consortium of China in 2018, claiming $2.3 billion in damages.

With the intervention of the Chinese President, who sent a special envoy to President Muhammadu Buhari in July 2019, FGN and Sunrise signed a settlement agreement in January 2020; and this settlement was advised to both the Chinese Ambassador to Nigeria and Chairman of China Eximbank, who had made the settlement condition precedent to any loans for the Project. However, the FGN defaulted.

Sunrise in September 2021 withdrew the $500m settlement arbitration on condition that FGN makes a financial commitment towards the Project, and respects its right as the exclusive local content partner, but the FGN failed again to make any payments to the EPC contractors and/or the Counterpart funds to China Eximbank.

While the FGN has been unable to defend its failure to honor its agreements to Sunrise, however, the government requested that the ICC should direct “that Sunrise produce certain information showing its true legal and beneficial ownership.”

The request, according to the government, was based on the allegation that there exist Pandora papers suggesting that Mr. Leno Adesanya secretly transferred an interest in Sunrise to the family of Nigeria’s former National Security Adviser, Mr. Sambo Dasuki.

This claim was vehemently objected to by the Claimant (Sunrise).

In a decision dated October 13, 2022, the ICC said there were no “sufficient sensitive elements” adduced by the Federal Government of Nigeria to prevent the matter from proceeding.

According to the decision, a copy of which was obtained by our correspondent, the ICC said: “We have duly noted all elements mentioned in the claimant’s and respondent’s request pertaining to fraud and corruption allegations.

“In this respect, the secretariat is monitoring this matter closely together with ICC’s Legal Services Department which has conducted internal compliance verifications but has not found sufficient sensitive elements to prevent this arbitration from being administered by the ICC.”

The ICC said the decision does not constitute a legal opinion and that it may further be subjected to change in case of new elements.

“The ICC endeavors to comply with relevant and applicable compliance rules and regulations at all times and will monitor this matter with the utmost vigilance.

“Should any corruption or related claims need to be addressed in relation to the present dispute or its underlying contract, we invite the parties to communicate all relevant documentation and supporting materials directly to the arbitral tribunal, once constituted,” the ICC said.

The 3,050 MW Mambilla Power Project is the largest Power plant in Nigeria and it is the flagship power generation project of the Muhammadu Buhari government.