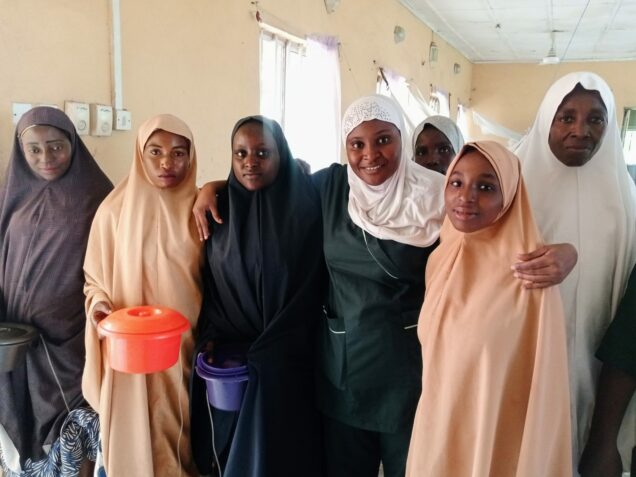 No fewer than 71 survivors of Vesico Vaginal Fistula (VVF) in Kaduna State have benefitted from the state government’s N2.93 million grant.

Mrs Halima Abubakar, the Centre-In-Charge of the State VVF Centre at Gambo Sawaba General Hospital, Zaria, made this known in an interview with the News Agency of Nigeria (NAN) in Zaria on Tuesday.

Abubakar said that out of the 71 beneficiaries, 40 inpatients who had been repaired and recuperated got N50,000 each while 31 outpatients already discharged got N30,000 each.

She explained that the grant was to provide them with a means of livelihood to enable them to live productive lives after the VVF surgery.

VVF, commonly known as obstetric fistula, is “a hole between the vagina and rectum or bladder.’

This is caused by prolonged obstructed labour, leaving a woman with uncontrolled urine, faeces or both.

She said that the centre, established in 1998, was offering free VVF surgery with support from the United Nations Population Fund (UNFPA).

According to her, UNFPA is supporting the Kaduna State Government and the VVF centre in ensuring that survivors are not only treated but rehabilitated and reintegrated back to the society.

“After the surgery, we don’t allow them to go, we try to develop their skills in any trade so that they will have something to do when they get home.

“This is because women’s economic power is very low; with little access to resources, they depend heavily on their husbands and are helpless when they have pregnancy-related problems.

“They cannot take any decision because most times it is a question of money which they do not have,” she said.

She added that a tutor was engaged for the centre and had been teaching VVF survivors literacy and numeracy skills as well as sexual and reproductive health education.

She also said that learning, and teaching aids as well as information, education and communication materials were purchased for the centre to enable adult learning activities.

The centre-in-charge said that the survivors were being equipped with skills in sewing, knitting and beads making, including farming as well as a little grant.

She also said that the women were being encouraged to save a little from the proceeds of their business which could be used to get to the hospital during pregnancy.

According to her, the centre with three wards currently has 17 patients on admission, seven awaiting surgeries while 10 have undergone surgery and are recuperating.

Abubakar, however, identified the shortage of manpower as the major challenge affecting the operation of the centre.

She said that the centre currently has only one surgeon providing repair surgery.

Abubakar also said that the centre needs more trained doctors, especially to facilitate the repair of 19 pending complicated cases, some of which had been on the waiting list for 15 years.

“We currently do not have a dedicated doctor solely assigned to the facility.

” Dr Ado Zakari, who currently provides surgery services at the centre, equally has responsibilities at the Ministry of Health.

“We need more doctors to be trained and be deployed to the centre.

” The centre also needs renovation because we have issues with the roof and the toilets, including foodstuff and surgery consumables,” she said.