Felabration 2022: Why it 'll be remembered for a long time 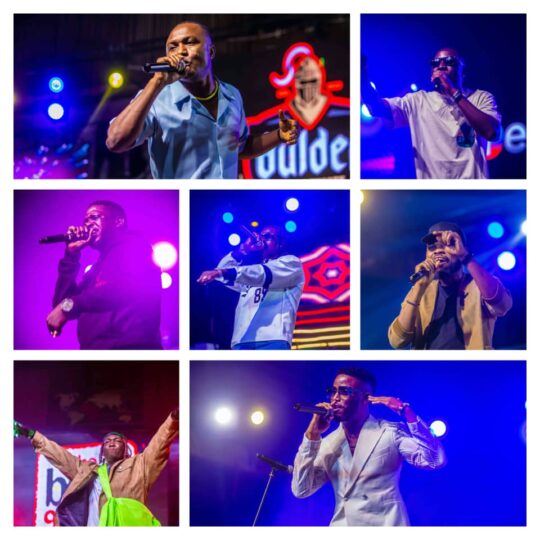 Singers and comedians at Felabration

When Yeni Kuti, the daughter of Afrobeat legend Fela Anikulapo Kuti conceived Felabration in 1998, she only wanted to keep her father’s musical legacy alive and celebrate his extraordinary life and works.

But six years after the first show in 2015, the festival has grown, like Fela and his music itself, to have a life of its own. Like Fela, it has held death in his pouch and it’s immortality is assured. Like Fela, it continues to grow from strength to strength, with its popularity and significance going beyond borders.

Not only is the week-long festival, which consist of a variety of activities such as an artwork competition, dance competition, fashion show, symposium, debates, and a 7-day music concert, celebrated nationally, attracting participants from across the country, it had become an annual staple that is recognised internationally. The Lagos State government had also declared it an official tourist destination.

Though this year’s celebration had come and gone not with a whimper, but a bang, it had all the trappings of not just a musical festival but a wholistic artistic jamboree. Still, it was one with a difference and a festival that will be etched in the minds of not just music buffs but also artists for a long time.

And, of course, the theme of the festival, Fear Not Man is in sync with Fela’s extraordinary life, his propensity to sing truth to power, hold governments accountable while fighting for the betterment of the life of the masses with an uncanny courage, fearlessness and boldness, even putting his life and the well-being of his family at grave risk.

It was kick-started with an intellectual and engaging discourse tagged Fela Debates, which again carried the signature and stamp of Fela’s constructive engagement with ideas as well as his activism. The theme of the debate, which held on October 10 at NECA House, Alausa, Ikeja, Lagos, was 2023: Action Time, and it also carried Fela’s imprimatur.

Distinguished guests who did justce to the theme of the debate, as the nation’s inches to the 2023 elections included Bishop Mathew Hassan Kukah, Bishop of the Catholic Diocese of Sokoto; Ms Kadaria Ahmed, journalist, media entrepreneur and editor of the defunct Next Newspapers: Dr Kingsley Moghalu, former Deputy Governor of the Central Bank of Nigeria and one-time presidential candidate: and Hakeem Baba-Ahmed, Director of Publicity and Advocacy, Northern People Elders’ Forum. And they all agreed that it was high time Nigerians moved beyond ethnicity and primordial tendencies and ask politicians engaging questions as the nation heads towards the 2023 general elections.

That indeed was the tonic this year’s festival needed to set the ball rolling. What made this year’s Felabration unique are legion in many respects.

A total of 300 music acts performed at the week-long concert, which began on 10 October and ended on a high note on 17 October. Organisers of the festival also confirmed that it has the highest number of attendance so far. It was also revealed that 30 music acts from different genres of music thrilled attendees of the music festival daily.

Still, the festival was not just a potpourri of performances. It included other artistic activities and competitions and winners went home with fabulous prizes. Three major competition, which had participants submitting entries that were in sync with this year’s theme, Fear Not Man were held.

The judges, Sarah Boulos, Prince Yemisi Shyllon and Mufu Onifade announced the winner after 55 artworks competed for the prize.

After the judging process, the judges who were ostensibly impressed with the quality of artworks entered in the competition, expressed delight while commending the increased turn-out.

The Felabration Afrobics dance competition was also held on Friday 30 September at the New Afrika Shrine and winners went home with over N3 million.

The judges, Funke Kuti Segun Adefila and Bunmi Okunloyo did a thorough job raing the dancers before making their final decisions and picking the five top dancers.

Segun Adefila, one if the judges said the dancers were judged for the use of space, time, adherence to theme, costume, and presence, amongst other considerations.

The Chrysolite crew won the first prize and went home with N1 million, while Lagos Family came second and had a reward of N750,000.The third prize, N500,000, was won by Danjex, a group of four dancers.

Sandra Oyewole, Head collaboration business support committee, rewarded the 4th and 5th winners with a consolation prize of N50,000 each.

It was not only the dancing crews that went home with various prizes, attendees of the festival also did. They participated in a random dance competition, with three people winning the sum of N10, 000 each. 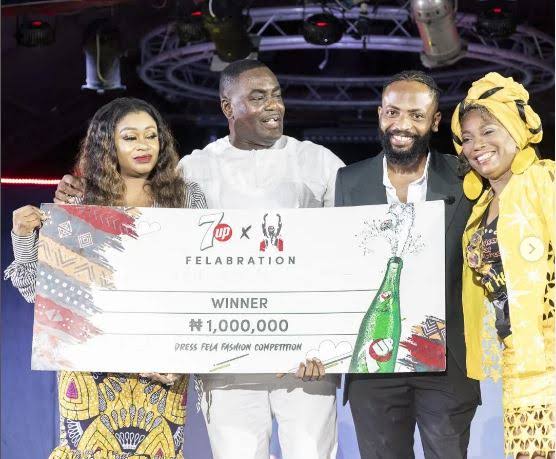 On Sunday, 2 October, youthful fashion designer Olanrewaju Sipe emerged as the first winner of the maiden edition of the Dress Like Fela Fashion competition.

Sipe, the Chief Executive Officer of Sipsonlevon designs, came out tops at the fashion competition, which drew it’s theme from the 2022 Felabration theme, Fear Not Man, and was rewarded with the sum of N1 million.The judges, Frank Osodi and Lanre DaSilva, also did a thorough rating the designers before arriving at their decisions.

Other winners were Ogunyemi Oluwasegun Michaels of Olu Michaels designs, who came second, and 21-year-old Aladesanmi Precious of Specific Designs, who cam 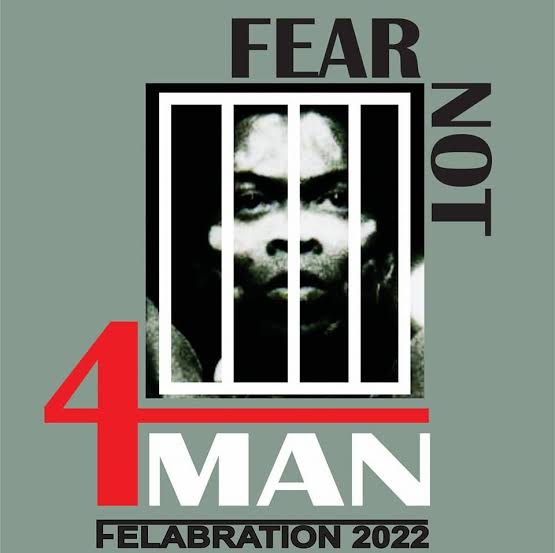 The Felabration Secondary Schools Debate which held on 5 October at Freedom Park was won by Onyekachi Uche, a student of Ronik Comprehensive High School, Festac.

Another memorable moment at the 22 Felabration was when D’banj gifted two young artiste N1 million each. One of the two lads spiced up the show with humour when he said the first and only time he met the music superstar at Ajah in Lagos and collected his phone number was the day he lost his phone.