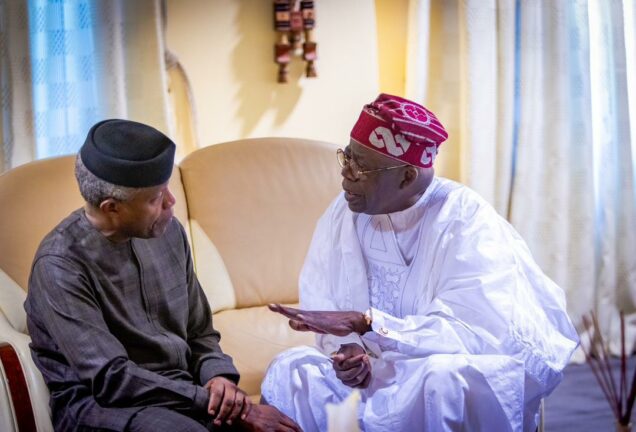 Tinubu with Osinbajo at the Villa

The meeting at the Villa held shortly before Day 2 of the ongoing Ministerial Retreat.

The duo were seen discussing issues of national interest and the meeting certainly helped to cement their relationship ahead next year’s presidential election.

Tinubu defeated Osinbajo by landslide in June 2022 at the APC’s presidential primary election.

There have been rumours that all is not well with the two of them, but today’s meeting has shown that the duo are on the same page.