Governance to take backseat while I campaign for Atiku - Obaseki 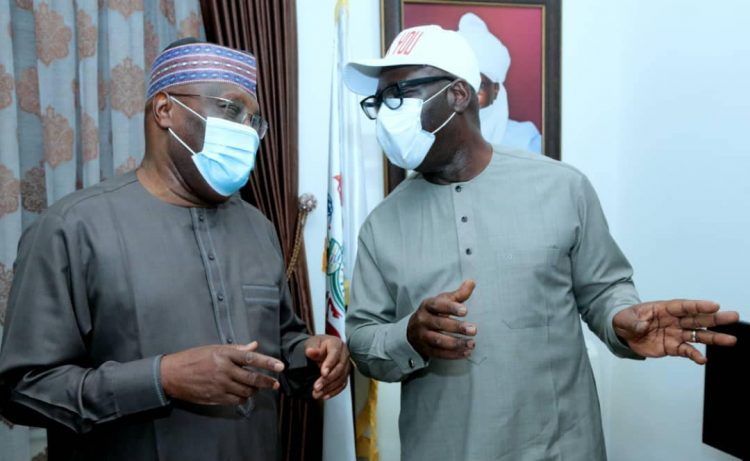 Governor Godwin Obaseki of Edo state has vowed to relegate governance to the back seat for the time being to enable him concentrate on the campaign for Atiku Abubakar, the Peoples Democratic Party (PDP) presidential candidate.

He stated this on Friday in Benin, at the official inauguration of the PDP presidential campaign team, adding that this becomes to ensure that the party’s presidential candidate emerge victorious in next year’s election.

Obaseki who described Edo as the home of PDP, urged members to join hands with Atiku Abubakar to rescue the country.

“As from today, governance will take back seat while campaign will take front seat until Atiku emerge victorious.

“By the grace of God, PDP will rescue this great country, Atiku is coming to salvage the country.

“PDP is one in Edo, no division. Edo is the home of PDP, every other party is an appendage. Edo PDP is not in contention.

“The election is hand-to-hand combat. We have done it before, we will do it again,” he declared.

Also speaking, the National Organising Secretary of the PDP, Alhaji Umar Bature, urged members of the PDP to channel their energy to the campaign with a view to winning the presidential election since there is no a governorship election in the state.

Earlier in his remark while inaugurating the campaign council, Chairman of the party in the state, Tony Azeigbemi, urged members to be committed to the campaign with a view to winning the election.