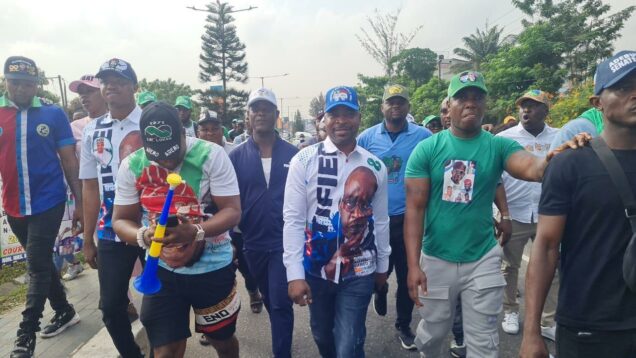 The walk was also attended by comedian Seyi Law, entertainer 9ice, and other celebrities.

The walk which enjoyed a massive turnout was to throw support for the presidential ambition of Bola Tinubu and the reelection of Gov. Babajide Sanwo-Olu in the 2023 general elections.

See photos from the rally below; 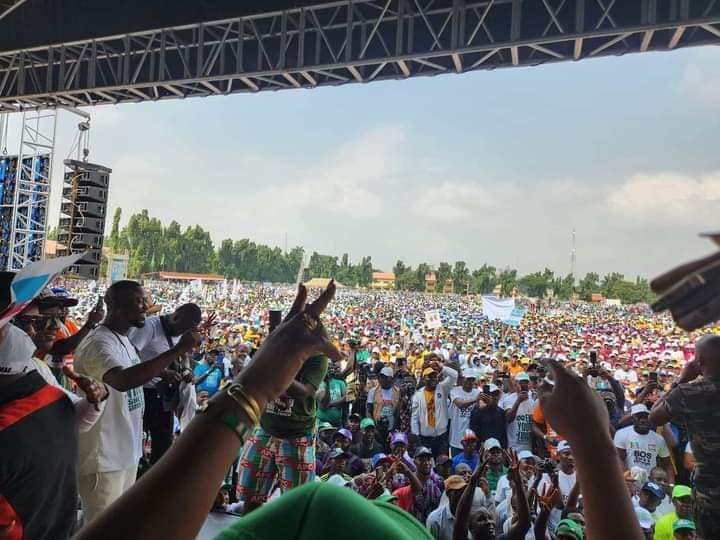 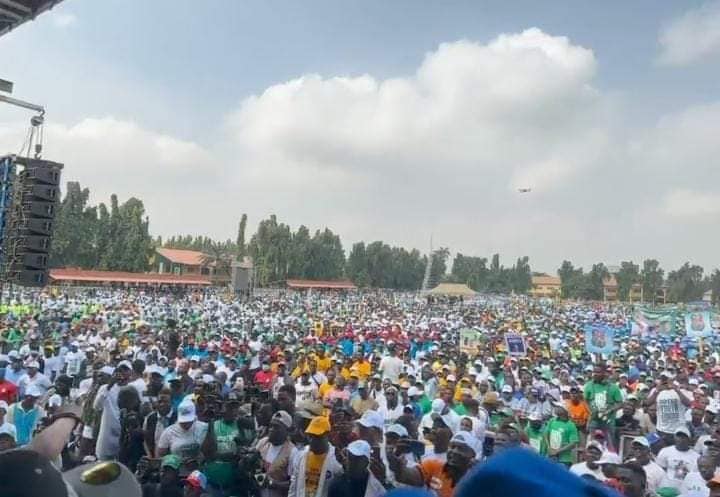 Speaking on the massive turnout, the Lagos State APC Publicity Secretary, Mr. Seye Oladejo, said the party acknowledged and was motivated by the turnout of the youth to throw support for Tinubu.

He said: “The success of the rally is a clear statement and demonstration of the preference of our teeming youths as regards the choices before them.

“It underscores a clear understanding of the manifesto of our presidential candidate which is essentially a commitment to youth development, empowerment, and a guarantee of a bright future under a progressive government.

“The support for Sanwo-Olu/Hamzat is a vote of confidence in a promising second term as a result of a highly successful first term of office.

“It is noteworthy that the youths mobilized human and material resources towards the success of the rally, to harness their collective strength towards a great cause.”